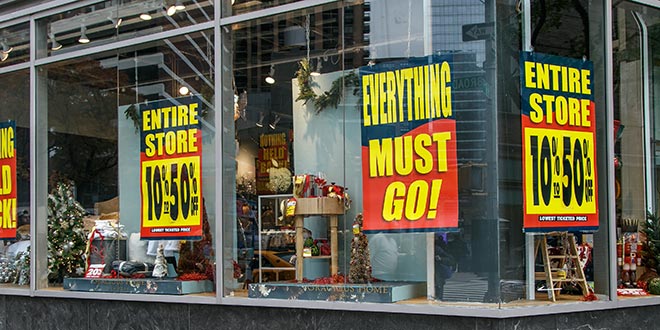 Two years after a former Walmart executive and her business partner acquired luxury hardware store chain Gracious Home, a discount chain’s founder has bought the business out of bankruptcy.

Sullivan left Lumber Liquidators in December, exiting his role on the beleaguered company’s board of directors, according to a company filing with the U.S. Securities and Exchange Commission.

He had served in an interim CEO position while the chain struggled due to accusations that some laminate flooring Lumber Liquidators was selling contained unsafe amounts of the chemical formaldehyde.

Gracious Home dwindled in the past two years from a four-store chain to the single New York location it operates currently, according to The Wall Street Journal.

Sullivan knows Gracious Home CEO Rob Morrison, which is how the June deal came to be, Morrison tells Commercial Observer.

“Sullivan, also the founder of furniture retail store chain Cabinets to Go and clean energy business Proton OnSite, worked with Morrison at Lumber Liquidators, when they built the brand and took it public,” Commercial Observer reports.

“That’s why he’s here,” Morrison says in the article.

Kate is profiles editor for Hardware Retailing magazine. She reports on news and industry events and writes about retailers' unique contributions to the independent home improvement sector. She graduated from Cedarville University in her home state of Ohio, where she earned a bachelor's degree in English and minored in creative writing. She loves being an aunt, teaching writing to kids, running, reading, farm living and, as Walt Whitman says, traveling the open road, “healthy, free, the world before me.”
Previous Beyond Grass: Other Options for Your Lawn
Next True Value Responds to Bloomberg Report Regarding Possible Sale