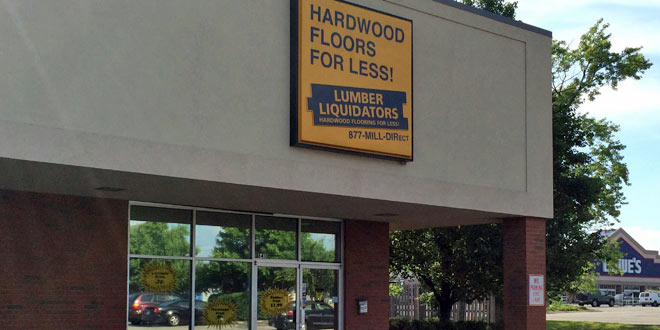 Lumber Liquidators has committed to paying $2.5 million and pioneering a product-testing program to resolve a California probe into whether flooring the discounter sold contained more formaldehyde than the state’s health and safety standards allow.

The retailer came to the agreement with the California Air Resources Board (CARB) this week. As part of the agreement, the flooring discounter will implement a series of compliance procedures to ensure that all of the company’s flooring products comply with CARB’s formaldehyde standards, which are the most stringent in the U.S., according to Lumber Liquidators.

The Chinese-made laminate flooring the company sold has been under investigation since early 2015 by multiple government agencies.

In February, the Centers for Disease Control and Prevention announced results from testing, reporting that the amount of formaldehyde contained in the laminate could be linked to some health problems.

As part of the California agreement, Lumber Liquidators will pay $2.5 million to CARB, which has recognized actions taken by the company to ensure compliance, as well as lack of evidence of actual harm to public health, safety and welfare, according to the company. The company has not acknowledged any wrongdoing.

Lumber Liquidators and CARB have also committed to a collaboration on pioneering a testing program designed to establish best practices for testing flooring products to set a new standard for the industry and ensure that all products are tested appropriately and consistently.

“Consumer safety is our top priority and, over the past year, we have implemented a number of customer-focused initiatives,” Lumber Liquidators CEO John Presley says. “We strengthened our quality assurance procedures, launched the largest voluntary testing program in our nation’s history and, in May 2015, voluntarily suspended the sale of all laminate flooring sourced from China. We look forward to continuing to work with CARB to establish new industry standards for flooring product testing.”

Kate is profiles editor for Hardware Retailing magazine. She reports on news and industry events and writes about retailers' unique contributions to the independent home improvement sector. She graduated from Cedarville University in her home state of Ohio, where she earned a bachelor's degree in English and minored in creative writing. She loves being an aunt, teaching writing to kids, running, reading, farm living and, as Walt Whitman says, traveling the open road, “healthy, free, the world before me.”
Previous Ace’s Open Buying Day Scheduled for June
Next ERetailer Summit to Connect Retailers, Vendors