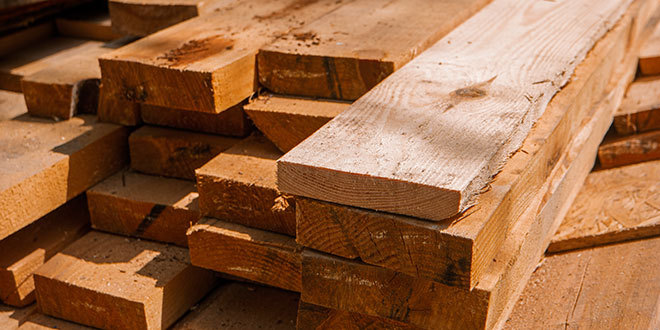 Though lumber prices usually rise in the spring, a new report from The Wall Street Journal says bad weather and a decline in homebuilding have caused lumber prices to drop just one year after they reached record highs.

The article reports lumber futures were down nearly 50 percent from the highs reached in May 2018.

Recently, Canadian mill owners Canfor Corp. and Interfor Corp. announced they would reduce output at their British Columbia lumber facilities in response to the lower prices. This announcement raised prices, the article reports, but much of those gains have been lost.

The article also notes that major construction regions in the U.S., including Nashville and Memphis, Tennessee; Seattle and Birmingham, Alabama, have all experienced weather patterns that impeded the traditional construction season.

Further affecting lumber prices is the drop in housing starts and building permits, the Journal notes. In the first three months of 2019, housing starts dropped 9.7 percent and permits fell 5.4 percent compared to the same period in 2018.

The article reports many industry analysts are hopeful prices will stabilize in the coming months. New home sales rose 3 percent in March compared to 2018.

For more information on how lumberyard operators are finding success, read “After the Storm” from the May 2018 issue of Hardware Retailing.

Todd is trends editor for Hardware Retailing magazine. He graduated from Indiana University where he majored in journalism and French. Throughout his career, he has aimed to highlight small businesses and their community value. He joined NRHA in 2017.
Previous Flavored Drink Straws
Next Battery-Powered Glue Gun