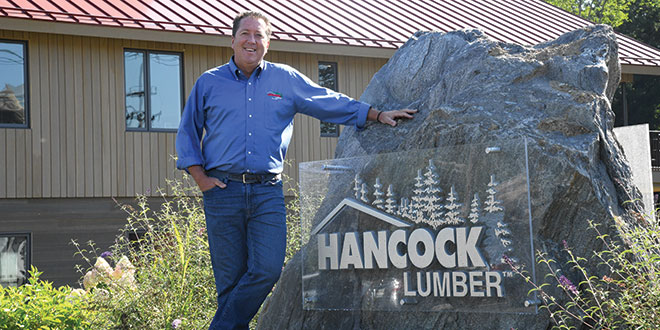 In 2010, Kevin Hancock had a lot on his mind. As the chairman, president and CEO of Hancock Lumber, a seventh-generation family business that employs over 500 people, he was focused on navigating the operation through the recession. On top of the everyday stresses of leading his business through the lagging economy and searching for new ways to make processes more efficient, he began struggling with something he used every day at work and at home—his voice.

“When I would go to talk, all the muscles in my throat would spasm, squeeze and contract,” Hancock says. “My voice got very broken and weak; it was hard for people to even hear me. It felt like a major athletic feat to push out a few short sentences.”

After visiting a few doctors, Hancock was diagnosed with spasmodic dysphonia, a rare neurological disorder that affects only speech and has no known cause or cure. According to Hancock, his initial diagnosis set him in a tailspin and had him questioning how he would be able to lead the company.

“At the time, I wondered what good could a CEO be who couldn’t talk all the time,” he says. “I had to quickly learn how to lead differently. When it’s difficult to talk, you come up with strategies to talk less to protect your voice. The strategy I ended up developing was to answer a question with a question.”

By asking his associates questions when they approached him with their own queries, he not only salvaged his voice, but he also gave his team the power to lead and make decisions at Hancock Lumber.

“Initially I only saw my vocal condition as a limitation, but at some point it hit me—this is actually a gift,” he says. “It’s an opportunity and invitation to do something very different in terms of leadership.”

Allowing Everyone to Lead 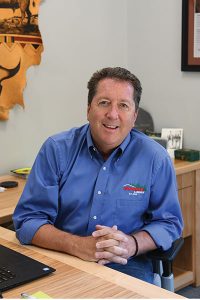 Once Hancock began seeing the positive impact his new leadership style had in his employees, he says he realized Hancock Lumber would continue to move forward with a culture that encouraged every person to lead.

“What gave me a sense of purpose was that this was a chance to make the voice of all of our employees stronger and give them more opportunities and more power to fix the problems they saw and knew how to fix,” he says. “It’s how I think about leadership today. It’s all about creating a safe culture where everybody can say what they really think.”

As the business moved in this direction, Hancock says the focus shifted to teaching management to change the way they worked with associates as well. For example, he says they had to train management new styles of communication, like listening to understand and not to correct.

“When our associates knew they would not be judged or redirected when they said something, they started sharing what they actually thought,” Hancock says.

In addition to having sit-down conversations with their managers, employees complete surveys and then break out into groups to solve the issues they brought up in the surveys.

Now, Hancock Lumber is celebrating its sixth year in a row as a company considered a Best Place to Work in Maine. In large part, Hancock says this recognition boils down to a variety of factors, including this different way of doing business.

“The perspective of a company is the collective view of everybody who works there,” Hancock says. “Once you get that out in the open and make that shift, you can really do some pretty special things.”

To learn even more about Hancock, make sure to listen to episode eight of “Tell Me More…” here and hear his full story.

Renee Changnon is the retail outreach coordinator for NRHA. She meets with retailers in their stores and at industry events and introduces them to the services NRHA provides. Renee previously worked as a member of the NRHA communications team. She earned a degree in visual journalism from Illinois State University, where she served as the features editor for the school newspaper. After college, she implemented marketing and promotions initiatives at Jimmy John’s franchise locations across the country. She enjoys exploring books with her book club, Netflix marathons and hosting goat yoga at her apartment complex. Renee Changnon 317-275-9442 rchangnon@nrha.org
Previous Headlining Stories From the November Issue of Hardware Retailing Magazine
Next NRHA Road Trip Highlights Northeast Retailers