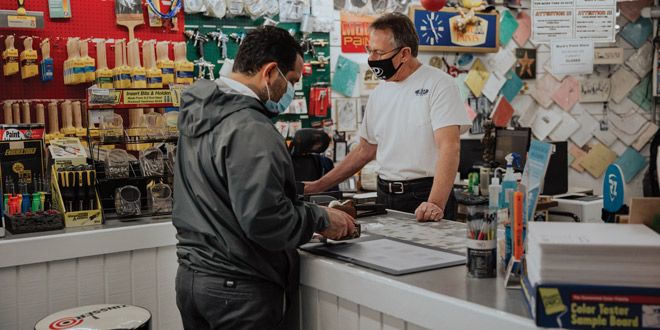 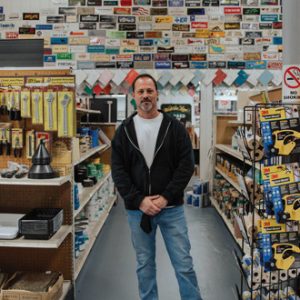 After 15 years working for another business that supplied paint and materials to the motion picture industry, Mark Umann faced a plot twist. That company was being sold, leaving him with a decision to make—stay on or move on. Umann choose to rewrite the script for his career, and in the process, created a successful family business, opening up Mark’s Paint Store in North Hollywood, California, in 1978.

Greg Umann, Mark’s son and co-owner at Mark’s Paint, says his dad jumped at the chance to open his own store and use the experience he amassed working for motion picture and television clients.

“When the owner of the company my dad worked for sold his business, my dad took a chance and opened up his own store to continue to serve motion picture clients,” Greg says.

From the store’s opening, Mark positioned himself as a go-to provider of paint and sundries to local studios, a niche the store has been catering to ever since, supplying some of the biggest names in entertainment with paint and supplies.

“We service most of the major studios within 30 miles, working with movie and TV companies like Universal Studios, Disney, Sony, CBS and Television City,” says Greg.

Along with working with the motion picture industry, Mark’s Paints supplies paints and sundries for theme parks, local events and outdoor concerts like Coachella. The business has many customers who are faux finishers, and it also works with contractors and the general public. 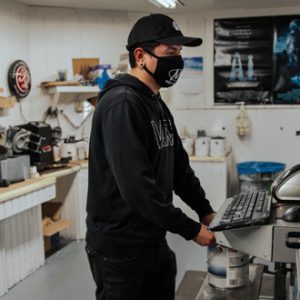 The family ties run deep at Mark’s Paint. As Mark grew the business, his wife, Barbara, was there working in the store alongside him. Greg has worked at Mark’s Paints for over 30 years, and his brother Mike is a longtime member of the staff and co-owner with Greg.

“My parents have both been here since the start,” Greg says. “They have mostly turned over running the store to me and my brother at this point, but they both still come in three to four days a week.”

Working at a paint store wasn’t part of Greg’s original storyline. He went to school to become a mechanical engineer, but says he  didn’t like the unpredictability of government contracts.

“I came to work at the store for one summer, and 30 years later, I’m still here,” he says. “After all this time, I couldn’t see myself working anywhere else.”

The rest of the family found their roles at the store too. Mike and his wife, Stacy, handle all of the office duties, with Mike running the website and keeping the point-of-sale system up to date.

Over the years, the company hired employees who have become like family, staying with the company for 20 years and more. Greg credits being understanding of their employees’ lives outside of work as one of the reasons they’ve stayed. Treating their employees fairly and like family has helped the business retain good workers.

“Our employees have been with us for years learning the business,” says Greg. “They understand what it takes to be successful with our entertainment clients, as well as our contractor and public customers.”

A Tale of Different Clients
Catering to this niche market means following a plan, but also being willing to ad lib at different times. Greg says selling to movie and TV production companies involves a high level of organization and the ability to be flexible and meet quick deadlines.

Each morning, the set painters call in their orders and it’s up to Mark’s Paint to get the supplies to each set location within one to two hours that same day.

Greg says the company prides itself on delivering to the customer, metaphorically and literally, with three trucks on the road every day dropping off supplies throughout Los Angeles.

Some of the aspects of the business carry over from the entertainment audience to the store’s other clients. Having the right products for the job is important for all the store’s clients, whether they’re painting a movie set or a master bedroom.

“The studios need a lot of the same paint and accessories that our public customers need,” Greg says. “They just need much larger quantities and need the product much quicker, sometimes as quick as 10 minutes after they place an order.”

To keep all his customers happy, Greg keeps the store well-stocked with all the typical painting sundries. The store also stocks specialty items like poster and lettering enamels for sign-writing, metallic colors, crescent bronzing powders and faux finishing supplies and equipment.

The store even manufactures and sells its own brand of paint, Mark’s Studio Colors, a line of interior and exterior acrylic-latex paint made in the colors scenic artists use most often.

All the Extras
Nestled among the rows of paint cans, brushes and other supplies, you’ll find fun film and TV movie props, including Wilson the volleyball from the movie “Castaway” and a Welcome to Charming sign from the FX Network TV show “Sons of Anarchy.”

Movie posters and television and movie scripts fill nearly every wall space. The store also displays an impressive collection of show cards. Studio truck drivers place show cards in the windows of their trucks so they can get on and off the lot. Greg says they have been decorating with show cards since the 1970s when Mark’s Paint worked with a television movie called “Mark, I Love You.” 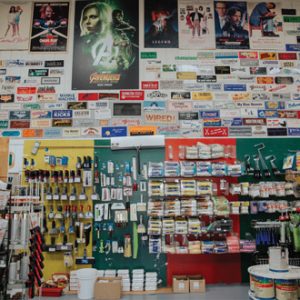 “The guy we worked with brought in the show card for that movie and my dad put it up on the wall,” Greg says. “Then another show client came in and said, ‘I want mine on the wall,’ and they kept coming and coming. It’s grown to hundreds today.”

The Rest of the Story
It’s been 43 years since Mark wrote the second act for his career, leading to a highly successful business. The staff’s dedication to stocking the items their clients need and their ability to deliver quickly contributes to that success. Since Mark’s Paints has been in business, Greg says they’ve never had to do any traditional advertising thanks to word-of-mouth recommendations from their satisfied clients.

While Greg says the business doesn’t have any significant growth plans for the next few years, they do plan to continue serving their customers with the same level of service that has made them successful.

“I don’t know what’s next,” Greg says. “But I do know we are going to keep doing what we have been doing and be here for another 43 years and more.”

Lindsey joined the NHPA staff in 2021 as an associate editor for Hardware Retailing magazine. A native of Ohio, Lindsey earned a B.S. in journalism and minors in business and sociology from Ohio University. She loves spending time with her husband, two kids, two cats and one dog, as well as doing DIY projects around the house, going to concerts, boating and cheering on the Cleveland Indians.
Previous 150 Years of Blish-Mize: A Q&A With John and Jonathan Mize
Next 4 Residential Construction Trends Shaping the Industry 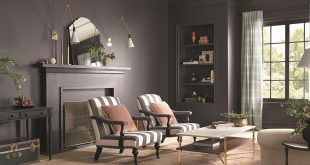 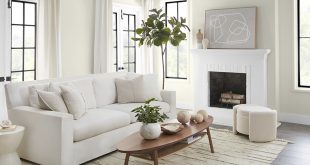 Behr Paint Names Blank Canvas as 2023 Color of the Year 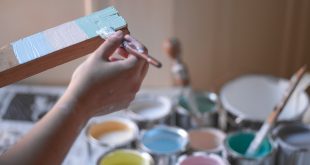 2023 Color of the Year Roundup