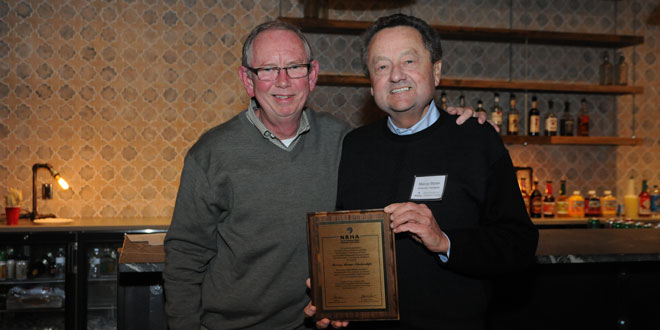 Marcus Moran Remembered for a Legacy of Generosity

Marcus Moran Jr. worked in the independent home improvement industry for nearly 50 years, but his legacy extends beyond his significant work in his family’s business.

Moran was a former president and CEO of Aubuchon Hardware, which operates more than 100 stores in New England and upstate New York. He died Dec. 1 at age 76.

He was successful in the industry because of how much he valued people, according to Bill Aubuchon. Aubuchon worked with Moran at Aubuchon Hardware for 50 years and was his first cousin.

Beyond his abilities as an executive leader, Moran excelled at financial management, labor negotiations, benefits origination and mergers and acquisitions, he says.
His genuine concern for the welfare of his staff resulted in the 2015 launch of The Moran Fund, which has distributed nearly $200,000 to Aubuchon employees and their families who have encountered unexpected financial hardships.

“Marcus was always putting people first and was respected by all who knew him — associates, customers, competitors, suppliers and industry peers — for his long-standing connection with people, their potential, and their role as the heart of the workplace,” Aubuchon says. “Marcus supported the personal aspirations of others and took genuine pride in their accomplishments. He built leaders.”

A Legacy Throughout the Industry

“Marcus is the reason the NRHA Retail Management Certification Program exists,” says Scott Wright, executive director of NRHA’s Retail Leadership Institute. “He knew the industry needed a program to teach future leaders how to successfully operate independent home improvement stores, and he made it his mission to work with NRHA to make it happen.”

Moran retired from Aubuchon Hardware in 2017, exiting his role of vice president of acquisitions after decades of helping the company expand. However, he did not leave the industry entirely. 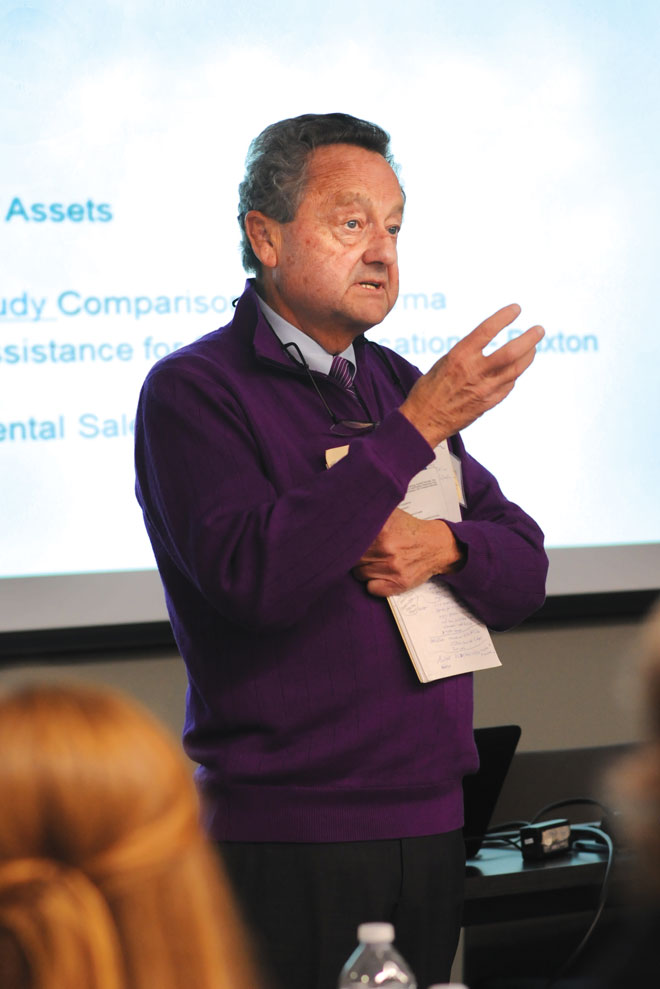 Moran supported the NRHA Retail Management Certification Program by sending students through the training and serving as a course instructor from 2014 until 2018.

“Our industry has lost a great champion,” says Bob Cutter, NRHA president and CEO. “He selflessly shared his knowledge and years of experience with students because he knew that for independent retailers to thrive, we all need to work together and learn from each other.”

Franklin Cloninger, general manager of Triangle True Value Hardware in Greenwood, South Carolina, was a program participant who appreciated how much Moran cared about his young career.

“I am not my own best advocate and he saw talents in me I didn’t see in myself,” Cloninger says. “This legend in the industry saw talent and value in me and I’ll carry that forward with me for the rest of my life. That gives me confidence to try new things and move my business forward.”

Moran cared deeply about people and the industry. “He was very passionate. He made me proud to be in the same industry he was in,” Cloninger says.

When Moran spoke about business, other retailers paid attention, according to John Morgin, owner of Roselawn True Value in Roselawn, Indiana.

“You couldn’t help but listen and learn,” Morgin says. “He enlightened so many people with the information and experiences he shared. His perspective was that you can share anything about your business and no one is going to duplicate you.”

Rob Mathews, who is also an NRHA program instructor, says Moran’s generosity to share openly with other retailers about his business and the example he set by starting a fund to support needy Aubuchon employees have impacted the industry as a whole.

“He was a real innovator in how he approached business, particularly when they started divesting some stores and buying other stores,” Mathews says. “He was willing to openly share that with many other people in the industry, when most leaders would hold that information tightly. He really set an example with his graciousness and giving nature.”

NRHA started a scholarship in 2017 in recognition of Moran’s contributions to the Retail Management Certification Program.

“One of the ways we will continue to honor Marcus is through the Marcus Moran Memorial RMCP Scholarship Program, where NRHA provides two scholarships annually to attend the program for students who exemplify Marcus’ values and work ethic,” Wright says. “In addition, we will continue to make an annual contribution to the Moran Fund to help Aubuchon employees in need.”

Kate is profiles editor for Hardware Retailing magazine. She reports on news and industry events and writes about retailers' unique contributions to the independent home improvement sector. She graduated from Cedarville University in her home state of Ohio, where she earned a bachelor's degree in English and minored in creative writing. She loves being an aunt, teaching writing to kids, running, reading, farm living and, as Walt Whitman says, traveling the open road, “healthy, free, the world before me.”
Previous 5 Video Highlights From the State of Independents Conference
Next 3 Strategies to Handle Hiring in a Tight Job Market