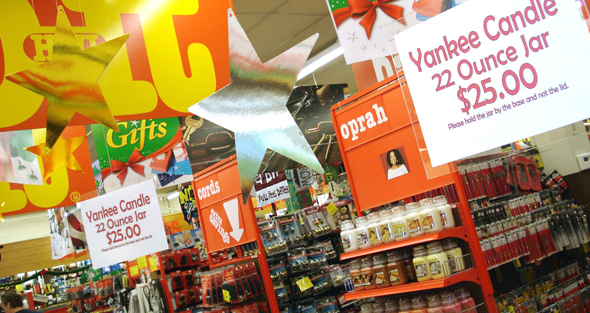 “Our forecast is a realistic look at where we are right now in this economy—balancing continued uncertainty in Washington and an economy that has been teetering on incremental growth for years,” said NRF President and CEO Matthew Shay. “Overall, retailers are optimistic for the 2013 holiday season, hoping political debates over government spending and the debt ceiling do not erase any economic progress we’ve already made.”

Economic variables including positive growth in the U.S. housing marketing and the increased consumer appetite to buy larger-ticket items give retailers reason to be cautiously optimistic for solid holiday season gains. However, much remains up in the air, including fiscal concerns around the debt ceiling and government funding, income growth and even policies and actions surrounding foreign affairs, all of which could impact holiday sales.

According to NRF, the holiday season can account for anywhere from 20-40 percent of a retailer’s annual sales, and accounts for approximately 20 percent of total industry annual sales. Retailers are also expected to hire between 720,000 and 780,000 seasonal workers this holiday season, in line with the actual 720,500 they hired in 2012, which was a 13 percent year-over-year increase from 2011.

Amanda Bell was an assistant editor of Hardware Retailing and NRHA. Amanda regularly visited with home improvement retailers across the country and attended industry events and seminars. She earned a degree in magazine journalism from Ball State University and has received honors for her work for Hardware Retailing from the Association of Marketing and Communication Professionals.
Previous Home Hardware Dealer-Owners Participate in National Tree Day
Next Metal Water Bottles