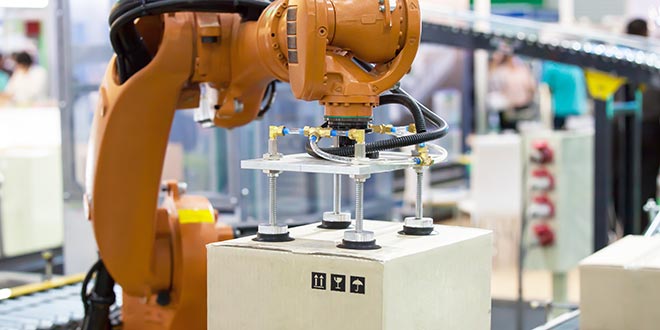 “To be more competitive, we are adding a huge machine enclosed in a steel skin that will help us get products to our customers much faster,” Jeff Abbott, spokesman for Menards, says.

According to Abbott, the 121,700-square-foot robotic warehouse is a necessary component in a “fight for survival” against e-commerce heavyweights.

“Online companies like Amazon and others would love nothing more than to run Menards out of business,” Abbott says.

Menards says the robotic system will cut costs and create lower prices for customers, who will receive their orders more quickly when the system is fully implemented.

Menards has yet to announce a timetable for the construction of the warehouse and the robotic system. The company has submitted preliminary plans to build the new warehouse near its existing distribution center in Eau Claire, Wisconsin, the article states.

Earlier this year, Menards founder John Menard Jr. was named the richest man in Wisconsin. Menards was founded in 1964 and has roughly 306 stores in the western and midwestern U.S.

Todd is trends editor for Hardware Retailing magazine. He graduated from Indiana University where he majored in journalism and French. Throughout his career, he has aimed to highlight small businesses and their community value. He joined NRHA in 2017.
Previous Walmart Makes Official Name Change to Reflect Modern Retail
Next Calcium Lime Remover