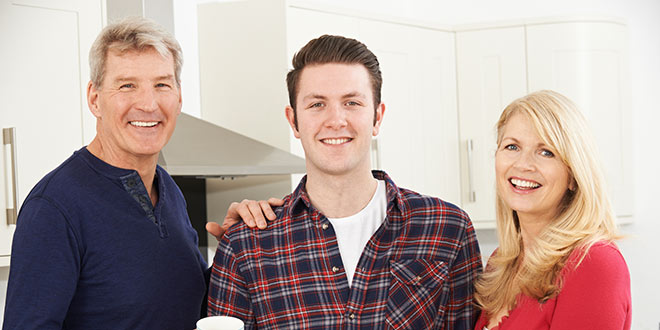 Millennials More Likely to Live With Parents vs. Romantic Partners

For the first time in 130 years, young adults under age 35 aren’t getting married or setting up households with romantic partners as often as they’re living with their parents.

A new Pew Research Center analysis of census data shows that millennials aren’t settling down and committing to live-in romantic relationships before their mid-30s.

The trend is not that more adults are living with their parents than they have in more than a century.

“What has changed, instead, is the relative share adopting different ways of living in early adulthood, with the decline of romantic coupling pushing living at home to the top of a much less uniform list of living arrangements,” according to Pew.

The number of people living with a spouse or romantic partner peaked in 1960, with 62 percent of adults between the ages of 18 and 34 choosing to set up households as couples and only about 20 percent living in a parent’s home, according to Pew.

“Dating back to 1880, the most common living arrangement among young adults has been living with a romantic partner, whether a spouse or a significant other,” Pew reports.

Unemployment, low wages and marrying later or potentially not marrying at all contribute to millennials moving away from living with spouses or partners, according to the research firm.