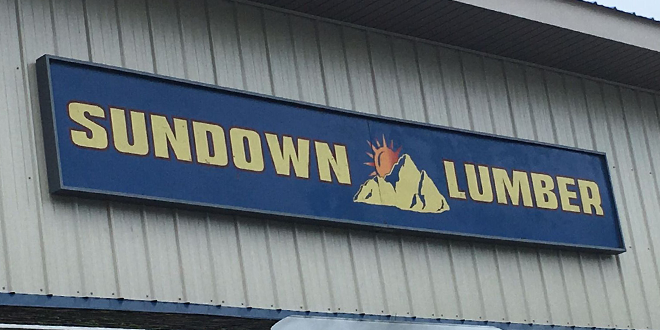 Last summer, it was lights, camera, action at Wadeson Home Center when the store was used as a set for an online TV show.

Located in Warwick, New York, an hour away from New York City, the store had been on the radar of television scouts looking for a hardware store to use as a set for a while. But in August 2017, store owner Craig Wadeson says the hardware store was ready for its close-up.

“Sneaky Pete,” an Amazon Prime original series, was filming its second season and producers asked Wadeson about filming at his store. The show features Giovanni Ribisi who plays the main character, Marius Josipovic. After getting out of prison, his character takes on the identity of his cellmate, Pete Murphy.

“I had heard of the show, but I hadn’t watched it yet,” Wadeson says. “After that conversation, my wife and I binge-watched the entire first season over the next two days.”

As a media buff, Wadeson was excited by the opportunity to see his store on the small screen and went for it.  Warwick is less than 75 miles from New York City, so, many shows have outdoor scenes filmed in his town, he says. In fact, that is how the “Sneaky Pete” opportunity came about.

“The show’s location manager discovered us because they were frequently visiting our store to buy different items,” Wadeson says. “I always make sure to ask my customers what they’re looking for and what they need. Television runners and set designers always ask for the strangest things, so I knew a show was filming in town and then one thing led to another.”

The show arrived on a Friday to set up and the shoot ran through the end of the evening on Monday.

Some customers who didn’t know about the TV crew in town were concerned when a large Sundown Lumber sign, the name of the hardware store in the show, appeared over Wadeson Home Center.

“We had just put a new roof on our building and were going to put up a new sign,” Wadeson says. “The producer asked if they could put their own sign on the building and would put up our sign after filming. After it was up, my phone was ringing off the hook, asking if we had sold the store and wanting to know what was going on.”

Before the show filmed at the store, Wadeson says he was looking through the list of actors who would be on set and his daughter got slightly starstruck.

“My daughter heard me say the name of one of the actors, Chaske Spencer, and ran to call a friend and asked if they could come to the store during filming,” he says. “I didn’t know it, but he was from the “Twilight” movie trilogy and my thirteen-year-old daughter was a big fan.”

On Monday, the cast and crew arrived early, but Wadeson was able to keep the business open for customers to shop. Unsure of what the day would entail, he had a full staff on hand.

“When the word started to spread that the show was filming at our store, many people came to see what was going on,” he says. “They came out of curiosity and then ended up shopping.”

To avoid any confusion, the store had signs on the doors explaining what was going on and why certain areas of the store were blocked off. Even with the hustle and bustle of a television crew working in-store and a completely full and blocked off parking lot, Wadeson Home Center had a profitable day.

The “Sneaky Pete” crew filmed  inside and outside the store, but at one point during the day, everyone from the hardware store and the television show went outside to catch a glimpse of the solar eclipse.

“Everyone came outside to look at the partial eclipse at one point,” Wadeson says. “It got darker and cooled down for about 20 minutes. It was just a really cool moment for everyone.”

While Wadeson was able to see the various scenes as they were filmed, the entire staff and customers made sure to give the crew space to do what they needed. Photos were discouraged, but after they wrapped filming around 7 p.m., Wadeson says Chaske Spencer walked up to his daughter and her friends and asked  to take a picture with them.

“When Chaske took a picture with them, they were so excited,” he says. “They had watched the entire day and he could tell they were fans. He was a really nice guy.”

The morning after filming ended, the set design team came and took everything down and set the business up how it was before they arrived.

“The whole experience was seamless,” Wadeson says. “The show paid for money lost in the areas that were shut down and everyone was very professional. If this were to happen again, I would definitely want to participate.”

Renee Changnon is the retail outreach coordinator for NRHA. She meets with retailers in their stores and at industry events and introduces them to the services NRHA provides. Renee previously worked as a member of the NRHA communications team. She earned a degree in visual journalism from Illinois State University, where she served as the features editor for the school newspaper. After college, she implemented marketing and promotions initiatives at Jimmy John’s franchise locations across the country. She enjoys exploring books with her book club, Netflix marathons and hosting goat yoga at her apartment complex. Renee Changnon 317-275-9442 rchangnon@nrha.org
Previous The Latest on Home Depot’s Acquisitions
Next Affluent Consumers Opt to Shop Small, Avoid Malls