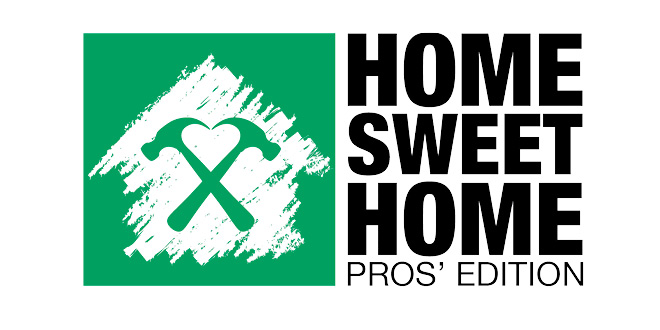 The North American Retail Hardware Association (NRHA) and Independent We Stand released a new study May 9 that provides insight into how much home improvement professionals can impact their communities by buying local. 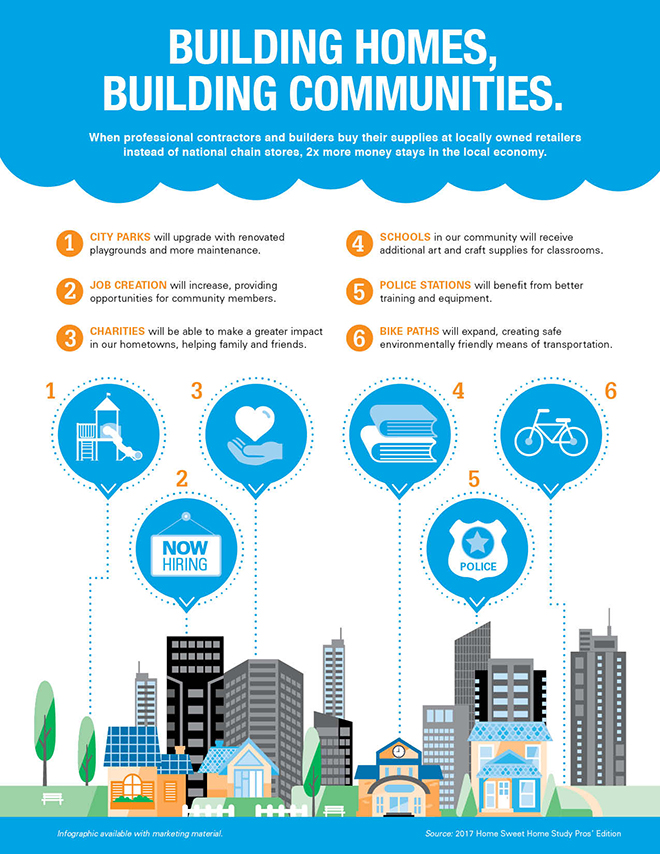 NRHA, which is a nonprofit trade organization serving the independent home improvement industry, and the shop-local organization Independent We Stand, presented the study May 9 at the National Hardware Show® in Las Vegas. The organizations commissioned the study, and economic analysis and strategic planning firm Civic Economics conducted the research.

“Once again, we’ve worked hard to create effective research that accurately depicts the economic influence locally owned businesses have on an individual community and how that initial impact has the potential to generate national economic activity,” says Dan Tratensek, NRHA vice president and publisher of Hardware Retailing magazine. “This pros’ edition of our Home Sweet Home Study reinforces how critical it is for retailers and consumers alike to be aware of the impression we leave when we choose to shop local.”

Tratensek presented the study findings with Chris Long, STIHL Inc. business development manager, and Bill Brunelle, co-founder of Independent We Stand. They also introduced a new “Home Sweet Home Economic Impact Calculator,” which is a tool that gives professional contractors, builders and tradespeople an estimate of how much their independent business purchases can return to their local economy.

Home Sweet Home: Pros’ Edition builds on prior findings on the greater impact that independently owned businesses have on communities. NRHA and Independent We Stand’s prior Home Sweet Home Study focused on consumer spending.

The pro version of the study evaluates how purchases by professional contractors, builders and tradespeople, when building a hypothetical single-family home with a $1 million budget, impact a community financially. The study considered purchases in three distinct sectors: building materials (35 percent), hardware (15 percent) and power tools and equipment (5 percent).

At the end of the project, excluding labor costs, the study shows about $550,000 would be spent on supplies. If these expenditures were made at locally owned independent home improvement and building supply dealers, $129,650 would stay in the local community. If these same expenditures were made at chain stores, only $64,025 would remain in the local economy. The difference would be an additional $65,625 staying local.

“Our work with NRHA has produced some exciting results which further illustrate the impact across lines of goods and merchant types and allowed us to follow the dollars into the economy,” Brunelle says. “One of Independent We Stand’s goals is to educate consumers about the importance and strong economic benefits of supporting locally owned businesses. The Home Sweet Home: Pros’ Edition study helps us do so.”

Kate is profiles editor for Hardware Retailing magazine. She reports on news and industry events and writes about retailers' unique contributions to the independent home improvement sector. She graduated from Cedarville University in her home state of Ohio, where she earned a bachelor's degree in English and minored in creative writing. She loves being an aunt, teaching writing to kids, running, reading, farm living and, as Walt Whitman says, traveling the open road, “healthy, free, the world before me.”
Previous Reusable Shopping Bag
Next Young Retailers Reflect on Value of Independents