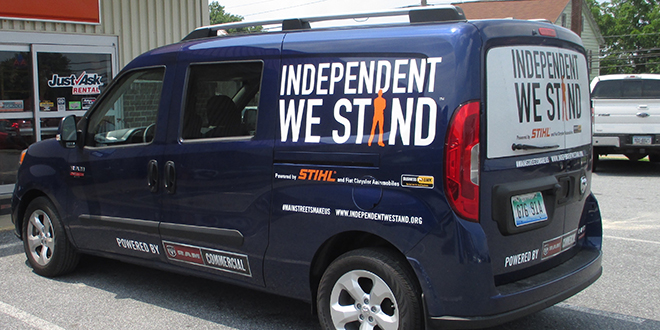 To get your community home improvement store in the running for the Independent Small Business Award, fill out an application at the Indie Award website. The award winner receives national recognition and a prize package valued at $10,000.

Independent We Stand is a national shop-local advocacy group. The organization began honoring businesses with the Indie Award in 2011. Past winners include Howard Brothers Outdoor Power and Hardware, a Georgia business that has been family-owned and operated for 60 years, as well as Trio Hardware of Plainview, New York.

“The Indie Awards give consumers the ability to highlight the inspiring small and local businesses that contribute to the character of their town,” says Bill Brunelle, co-founder of Independent We Stand. “They recognized the independent businesses who go above and beyond for their customers and make a significant impact in their community.”

The 2015 prize package includes $5,000, a $1,000 Stihl power equipment certificate, a stay at a Virginia Beach resort and other benefits.

Consumers can nominate and vote, but business owners and employees can also enter their own company in the contest. Independent We Stand is accepting is nominations through Nov. 15. Public voting began Sept. 14.

The sooner a business is nominated, the more time that company gets to collect votes. Read the Indie Award rules here.

Kate is profiles editor for Hardware Retailing magazine. She reports on news and industry events and writes about retailers' unique contributions to the independent home improvement sector. She graduated from Cedarville University in her home state of Ohio, where she earned a bachelor's degree in English and minored in creative writing. She loves being an aunt, teaching writing to kids, running, reading, farm living and, as Walt Whitman says, traveling the open road, “healthy, free, the world before me.”
Previous Young DIYers Learn Tricks of the Trade at HomCo
Next Lowe’s Hires Family Dollar Exec