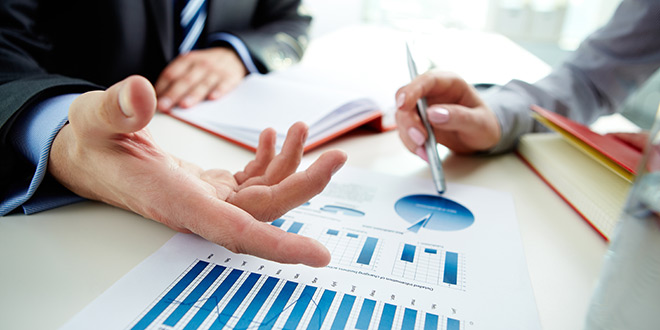 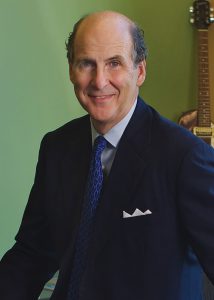 Hardware Retailing spoke to Kleinhenz about the state of the U.S. economy and its effect on retail environments, and he shares his economic outlook for 2017.

Hardware Retailing (HR): What is the state of home improvement retail?

Jack Kleinhenz (JK): We’re seeing a considerable strength in home improvement spending and that translated into spending at retail establishments.

From what we’ve seen, retail sales in the building materials area have been really steady. Housing has softened a little bit. From a retail standpoint, people have to outfit their homes. They’re looking at supplies for repairs.

It looks like it’s OK—just a bit of a softening in the last few months. It’s hard to say. I think some of the home improvement activities that go on are part of a housing cycle and timing. Homes get sold earlier in the year, not in the fall.

We’ve seen strength in the retail side in building materials, and in the garden supply areas. It’s been a very healthy pace since 2014, and it picked up in 2015 and then kind of started to trail off in 2016. I think it’s a good trend that we’re seeing. I expect that will continue.

Numbers can offset each other from month to month, but the overall trend is a healthy 6 percent, which is much stronger than overall retail sales.

JK: We saw a big uptick in consumer confidence at the end of September. Overall, there’s elevated optimism about the economy. As we start looking at some of the indicators, certainly payroll growth has been good because, I think, as we get closer to full employment, there are fewer and fewer hires businesses are going to make.

My expectation for the gross domestic product (GDP) for the remainder of 2016 will probably be at a 2 percent growth rate, which is probably double what we saw in the first half of the year. So, going into the holidays, and hopefully with momentum pushing us into 2017, we’ll see the consumer continue to be the driver.

And hopefully housing stays in a positive state of affairs and continues to help push the economy, because that’s where we’ve been seeing the benefit of growth coming from—consumers and housing and a limited amount of growth coming from the business sector. We might see more spending on equipment, but probably not on physical structures, per se, or a considerable amount of money in the nonresidential area. There just doesn’t seem to be enough demand for it.

HR: What is driving consumers’ optimism?

JK: The job growth and some pickup in wages are propelling consumers. That gives our retailers an opportunity to actually see more spending, more dollars in their wallets.

HR: What do you think economic conditions in the U.S. will look like in 2017?

JK: I think we should see a continuation of the overall momentum we’re seeing in the latter part of 2016, with a 2.2 percent growth rate. I’m thinking we’re going to maintain that same pace in 2017. We aren’t going to see a significant pickup in the economy. The throttle on our engine is just set around 2.2 percent or so.

The economy’s getting closer and closer to full employment. As we get to full employment, will there be enough domestic or even international demand to lift up business? There’s a lot of capacity still from a business standpoint, but we could see more business investment and production if we had increased demand. Most obviously, it would have to come from outside the United States. We’re really dependent on the world economy. There’s a lot of uncertainty.

Monetary policy for the Federal Reserve has done the heavy lifting for this economy. There’s really no more room for them to do anything. That’s why they’re planning on normalizing interest rates, and that’s why I’m expecting an interest rate increase in December. That could have a bit of an impact on consumers. That’s a bit of an uncertainty.

I think businesses are not confident about their future, about whether they’re going to have to pay larger or smaller taxes, what kind of programs might be there to stimulate or not. We just don’t know. That’s a big question, and it’s going to have to get through Congress.

HR: What other thoughts do you have on the economy as we look to next year?

JK: The key one for households is income growth. Wages and salaries. That’s highly correlated. We’re seeing some growth in use of consumer credit, which means that the consumers are confident they can repay whatever they’re borrowing. They’re in a better place than they were six months or a year ago, especially three years ago. Households are not over leveraged. The amount of debt that they are servicing is at 30-year lows. They have the income to spend, to borrow the money and pay it back on a regular basis. That’s another positive indication that things are better and good for the future.

Kate is profiles editor for Hardware Retailing magazine. She reports on news and industry events and writes about retailers' unique contributions to the independent home improvement sector. She graduated from Cedarville University in her home state of Ohio, where she earned a bachelor's degree in English and minored in creative writing. She loves being an aunt, teaching writing to kids, running, reading, farm living and, as Walt Whitman says, traveling the open road, “healthy, free, the world before me.”
Previous Loyalty Program Keeps Customers Coming Back
Next NRHA Abroad: Discovering an Amsterdam Hardware Store