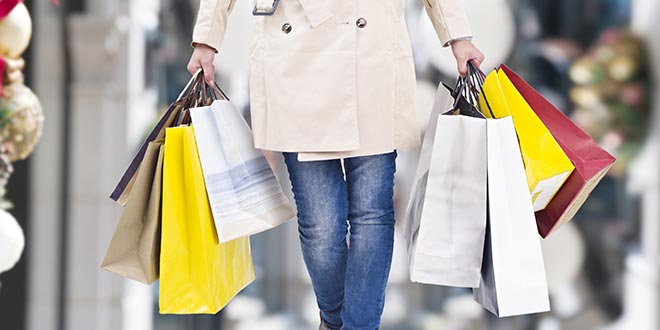 According to NRF data, sales in November and December were up 5.5 percent over the same period in 2016 and reached $691.9 billion. Originally, NRF predicted holiday sales would top out at $682 billion, or 4 percent over 2016. NRF says this growth is the largest since 2010, when holiday sales increased 5.2 percent over 2009.

“We knew going in that retailers were going to have a good holiday season but the results are even better than anything we could have hoped for, especially given the misleading headlines of the past year,” NRF president and CEO Matthew Shay says in the article. “Whether they shopped in-store, online or on their phones, consumers were in the mood to spend, and retailers were there to offer them good value for their money. With this as a starting point and tax cuts putting more money into consumers’ pockets, we are confident that retailers will have a very good year ahead.”

NRF also calculated nonstore sales, which includes purchases consumers made online. Consumers spent $134.8 billion in that sector, which NRF says is 11.5 percent over 2016.

NRF chief economist Jack Kleinhenz says the sales growth in the last two months of the year is the result of a strong fourth quarter overall.

“The economy was in great shape going into the holiday season, and retailers had the right mix of inventory, pricing and staffing to help them connect with shoppers very efficiently,” Kleinhenz says. “We think the willingness to spend and growing purchasing power seen during the holidays will be key drivers of the 2018 economy.”

Melanie is the communications and content manager for the North American Hardware and Paint Association. She joined the NHPA team in 2016 as an editor for Hardware Retailing and now helps lead the communications team to deliver relevant, timely content to the industry.
Previous House-Hasson Upgrades Tech to Boost Efficiency, Store Owner Profitability
Next Gas Can