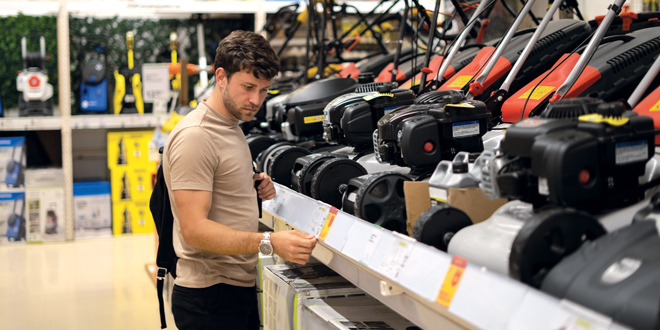 In the latest Monthly Economic Review from the National Retail Federation (NRF), chief economist Jack Kleinhenz says that consumers are worried about high inflation and increased interest rates but are still spending. Overall retail sales reported by the Census Bureau grew 0.3% in August from July and 9.1% year over year.

“The economic situation in the United States is unsettling,” Kleinhenz says. “Consumer confidence is down, consumer spending’s rate of growth has slowed and economists and consumers alike are worried about the possibility of a recession, all reflecting persistently high inflation and rising interest rates. Nonetheless, spending continues to grow, and many economists say a recession, if there is one, will likely be mild.”

The Federal Reserve increased interest rates again in September to between 3% and 3.25% and plans on increasing the rates until inflation decreases to about 2%. Of the Blue Chip Economic Indicators panel of business economists, which includes Kleinhenz, only 38% believe the Fed will be able to tamper inflation without triggering a recession, but 95% say a recession would likely be mild. The panel sees a 42% chance that a recession will begin this year and a 54% chance that it will begin in 2023.

“Consumers have become cautious, but they have not stopped spending,” Kleinhenz says. “Growth is not as high as last year, but households continue to spend each month as more jobs, wage growth and savings backstop their finances and help them confront higher prices.”

The holiday shopping season is already in full force for many retailers, and despite the threat of a recession, holiday sales are still expected to grow by 4% to 6%, according to Deloitte. The organization predicts that e-commerce sales will grow 12.8% to 14.3%.

“As inflation weighs on consumer demand, we can expect consumers to continue to shift how they spend their holiday budget this upcoming season,” says Nick Handrinos, vice chair of Deloitte LLP. “Retail sales are set to increase as a result of higher prices, and this dynamic has the potential to further drive e-commerce sales as consumers look for online deals to maximize their spending. Retailers across channels who remain aligned with consumer demand and offer convenient and affordable options can be well positioned for success this season.”

Lindsey joined the NHPA staff in 2021 as an associate editor for Hardware Retailing magazine. A native of Ohio, Lindsey earned a B.S. in journalism and minors in business and sociology from Ohio University. She loves spending time with her husband, two kids, two cats and one dog, as well as doing DIY projects around the house, going to concerts, boating and cheering on the Cleveland Indians.
Previous Do it Best Announces Fall Open Buying Day
Next C2 Announces Tiramisu as 2023 Color of the Year