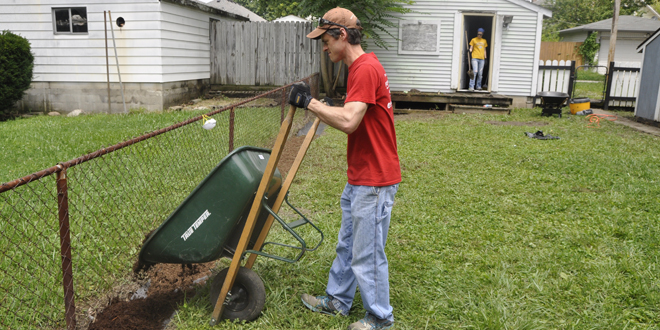 Bicyclists traveling from California to Maine on a fundraising trip recently stopped in Indianapolis, where staff from the North American Retail Hardware Association (NRHA) got to work alongside them to help improve a neighborhood.

Check out a video of the NRHA and Fuller Center volunteers’ efforts here.

The cyclists were raising money for The Fuller Center for Housing, a nonprofit organization with a goal of eliminating poverty housing. NRHA provides $1,000 grants for Fuller Center projects across the country, and sponsored the six service projects along the bike trip route.

Not all of the projects would have been possible without the funding from NRHA, according to Lydia Huelskamp, who is leading the cross-country bike trip fundraiser.

“NRHA has been such a huge support for us,” she says.

The stop in Indianapolis, which is the city where NRHA is headquartered, provided NRHA employees an opportunity to meet the cyclists and other representatives of The Fuller Center.

Five NRHA staffers then donned work gloves and spent an afternoon helping with landscape work, such as cleaning, weeding and mulching, at a home undergoing renovations and an old warehouse building. 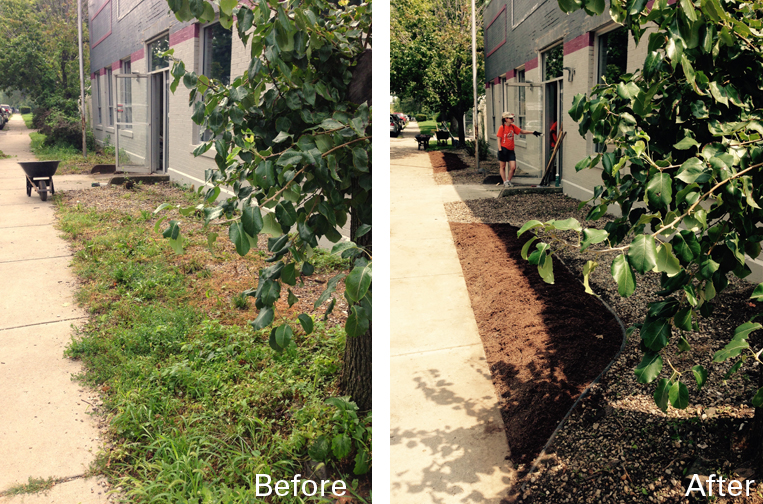 The landscaping, as well as home rehabbing and other work the bicyclists did, helped the organization Big Car, a nonprofit group endeavoring to improve neighborhoods in Indianapolis and make art more accessible to all people.

For more information about The Fuller Center for Housing, click here.

Kate is profiles editor for Hardware Retailing magazine. She reports on news and industry events and writes about retailers' unique contributions to the independent home improvement sector. She graduated from Cedarville University in her home state of Ohio, where she earned a bachelor's degree in English and minored in creative writing. She loves being an aunt, teaching writing to kids, running, reading, farm living and, as Walt Whitman says, traveling the open road, “healthy, free, the world before me.”
Previous Merchandising With a Bit of Color
Next Taylor to Retire as Do it Best Corp. President and CEO