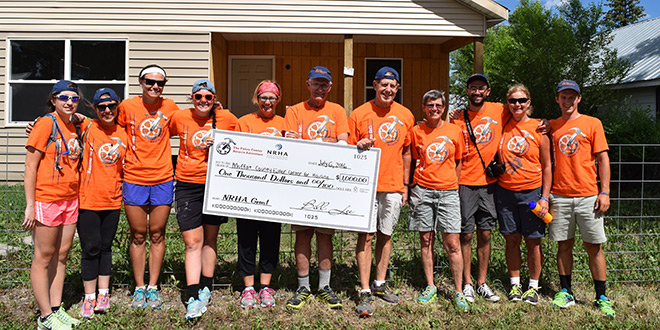 Families across the U.S. now live in nicer, safer homes due to the efforts of independent retailers, the North American Retail Hardware Association (NRHA) and cyclists with the Fuller Center Bicycle Adventure. 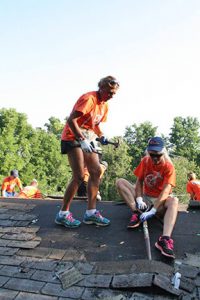 More than 100 bicyclists hit the road from June 10 to Aug. 16, 2016, biking their way from Seattle to Washington, District of Columbia, with the Fuller Center Bicycle Adventure. During the cross-country fundraising trip, the volunteer cyclists worked on several service projects.

While on the road, the group completed an average of one service project per week. NRHA provided a $1,000 grant to each of six projects.

NRHA grants were given to local Fuller Center branches in each city, which then used the money to buy materials for the projects from independent home improvement retailers in their areas. Bicyclists completed work such as painting, maintenance projects, roof repairs and other construction.

“The grants provide a surge in funding, as well as a surge in volunteers, to make projects possible that would otherwise be impossible when we come through these cities,”  says bike adventure trip leader Conner Ciment. “We, and the covenant partners, really appreciate NRHA’s support.”

“NRHA grants provide a tangible way to show our stakeholders how the industry gives back to the people in the communities we serve,” says Jeff Cardwell, owner of Cardwell Do it Best Home Center in Indianapolis.

“The reward of knowing you play a small part in helping a family in need is priceless.” 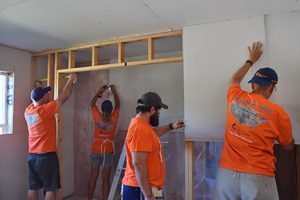 During the ride, they are also raised funds for The Fuller Center for Housing, which is a nonprofit organization with a goal to rehab houses in order to provide decent, affordable homes to needy families. Families pay what they can afford and often help with the work.

NRHA partners regularly with The Fuller Center for Housing by providing grants to fund home renovation work. The association was also a sponsor of the 2015 Fuller Center Bicycle Adventure. If you’re interested in getting involved with Fuller Center projects, contact NRHA president and CEO Bill Lee at 800-772-4424.