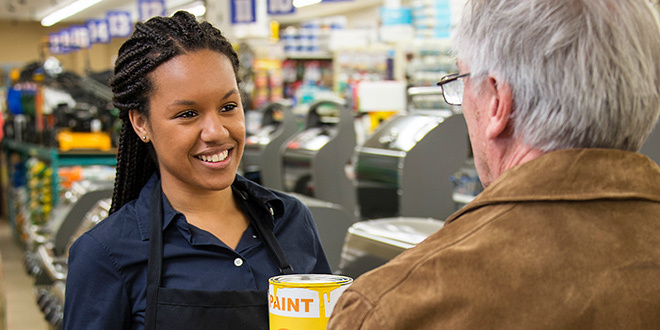 PaintCare, which runs paint stewardship programs in states with paint stewardship laws, has expanded into New York. Along with New York, the program operates in California, Colorado, Connecticut, the District of Columbia, Maine, Minnesota, Rhode Island, Oregon, Vermont and Washington. The nonprofit organization was created by paint manufacturers and encourages consumers and businesses to reuse and recycle leftover paint by setting up paint retailers and other businesses as convenient drop-off sites.

Residents and businesses in New York will be able to take unused paint to over 300 drop-off sites across the state through partnerships with paint retail stores and local government facilities.

“We’re excited to launch our paint stewardship program in New York State so that households, businesses and institutions can drop off leftover paint at their convenience, all year long,” says Andrew Radin, PaintCare’s New York program manager. “We’re grateful for the important role that paint and hardware stores, as well as local government facilities, will play in making sure this environmental initiative is successful by voluntarily serving as drop-off sites. We look forward to adding additional partners in the coming months as we aim to recover and recycle over one million gallons of leftover paint each year.”

The PaintCare program in Washington state recently released its first annual report, and in the year since the program started, it estimates that 842,000 gallons of unwanted paint were diverted from landfills. That state currently has 210 drop-off sites.

“It is estimated that about 10 percent of all household paint gets thrown away and can end up in landfills. Washingtonians chose to convert this waste product into a beneficial resource,” says Brett Rodgers, PaintCare director of communications. “From day one, households and businesses across the state were engaged in recycling efforts. We owe a tremendous thank you to all of our partners that helped get this program off the ground. The outpouring of community support has been immense.”

Lindsey joined the NHPA staff in 2021 as an associate editor for Hardware Retailing magazine. A native of Ohio, Lindsey earned a B.S. in journalism and minors in business and sociology from Ohio University. She loves spending time with her husband, two kids, two cats and one dog, as well as doing DIY projects around the house, going to concerts, boating and cheering on the Cleveland Indians.
Previous Minwax’s 2022 Color of the Year: Gentle Olive
Next 4 Home Improvement Companies Make RIS Top 100 Retailers List