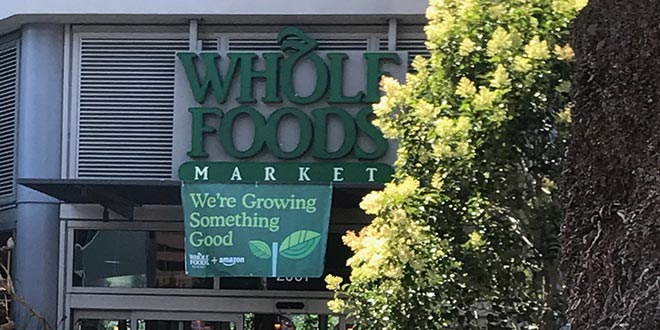 In June, Amazon announced it would purchase high-end grocery chain Whole Foods for $13.7 billion, and The Wall Street Journal reports that pricing is a key factor in the online retailer’s strategy for the chain.

According to The Wall Street Journal, the Federal Trade Commission, the governmental agency that oversees business acquisitions and sales, approved the purchase on Aug. 23. By the following Monday, Amazon was officially in the brick-and-mortar grocery business.

Bloomberg reports that Amazon cut prices throughout the grocery chain’s 469 stores on its first day by as much as 43 percent, which is significant for a retailer with a reputation for high prices.

“Cutting prices at the chain with such an entrenched reputation for high cost that its nickname is Whole Paycheck is a sign that Amazon is serious about taking on competitors” like Walmart, Kroger and Costco, the article says.

The Chicago Tribune reports other possible strategies are in the works, including adding Whole Foods’ private-label products to Amazon Fresh, the online retailer’s grocery delivery service, and integrating technology into the in-store shopping experience.

And while lowering prices has been Amazon’s most prominent move in its first few weeks, analysts tell the Tribune that it hasn’t been applied across the board, with some stores seeing price changes of just over 1 percent and nearly 100 items not having any price changes at all, according to the Tribune.

With this takeover, Amazon has changed the way consumers view grocery and has created a more competitive retail grocery environment, says Karen Short, an analyst at Barclays Capital Inc. in the Bloomberg article.

“Goodbye, Whole Foods as we know it,” she says. “The survival of the fittest has begun.”

Melanie is the communications and content manager for the North American Hardware and Paint Association. She joined the NHPA team in 2016 as an editor for Hardware Retailing and now helps lead the communications team to deliver relevant, timely content to the industry.
Previous Diverse San Francisco Retailers Collaborate on Training
Next Electronic Pest Deterrent