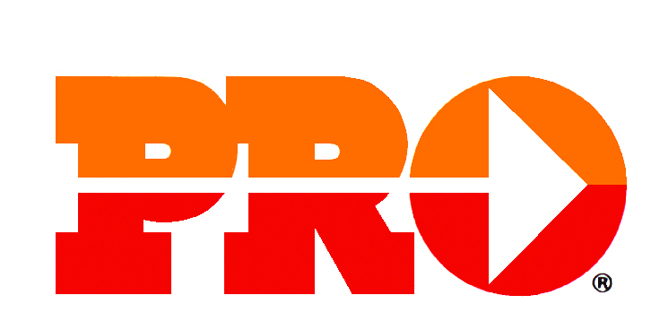 Hardware retailing is a tough business, but a few independent retailers are seeing plenty of success. They’re being honored by the Denver-based PRO Group with its annual Paul L. Cosgrave Memorial and PRO Hardware Retailer of the Year awards.

It also honored its 2013 PRO Retailer of the Year: Searing Electric and Plumbing in Longview, Washington, and Tide Marine Supply Company in Bayou La Batre, Alabama.

The Cosgrave award, named after PRO Hardware’s founder, is presented annually to a PRO Hardware retailer and recognizes superior commitment to the principles and ideals of effective hardware merchandising that Paul L. Cosgrave developed.

“These annual awards honor the best of the best of the PRO family,” says Shari Kalbach, managing director of PRO Group. “These independent retailers are more than competing—they’re successful and thriving. We’re proud to have these businesses represent PRO Group.”

Candler Cooper, a local businessman, and Danny Wingate of Haywood PRO Builders Supply teamed up about three years ago to fill a need in the local community by founding Cherokee PRO Home Center, which serves the Cherokee community, including the Eastern Band of the Cherokee Nation.

The store’s sales floor covers approximately 7,000 square feet, with about 5,000 square feet of that space used to house the hardware and paint and sundries departments with the rest devoted to appliances and other home improvement furnishings. They’re finishing up racking to add a small lumber and building materials category to the store’s current offering.

While customers can find the fasteners and power tools they’d expect at a hardware store, they can also find GE appliances, Serta mattresses, electronics, Carhartt work clothing and more.

“We are always finding other small niches for our company, whether it be propane, fishing supplies, dog food or firewood,” said Wingate. “Our inventory mix is so diverse—that’s why we named the business Cherokee PRO Home Center, rather than calling it a hardware store.”

Wallace Hardware is Cherokee PRO Home Center’s wholesaler and PRO Hardware distributor. Richard Snowden, senior vice president of marketing for Wallace Hardware, said the store has been put together with all the elements of the PRO Hardware program. “They have executed it as perfectly as you could ask for. Their spirit of cooperation is unmatched. They’ve modified this store to meet the needs of both their customers on the reservation and those adjacent to the reservation, and they’ve done a wonderful job. We’re so proud of Cherokee PRO and the team that runs it every day.”

Tony and Joni Applegate opened Applegate’s PRO Hardware about five years ago, filling a need in their community for a hardware store and fulfilling Tony’s lifelong dream of owning a store.

The expansion started in early 2013 and took about 60 days—quite an accomplishment considering work included cutting through brick walls to connect the two buildings. Today, Applegate’s PRO Hardware is 5,000 square feet and offers glass cutting, screen repair and other services, along with a full line of hardware products.

The Applegates have been with PRO Hardware and The Bostwick-Braun Company since the beginning, helping not only with the original store, but with the reset as well. “They helped us design and lay out the store and continue to help us with inventory, merchandising and more,” said Tony. “We’ve formed personal relationships, and it’s been a great partnership.”

“In a span of five short years, we have had the pleasure to see Tony and Joni grow into a full service hardware store, and their success is attributed to all their hard work,” said Damian Nicholson, western regional manager with The Bostwick-Braun Company. “They are not only top-notch retailers, they are top-notch people, and we are grateful to have them in The Bostwick-Braun family of retailers.

Searing Electric & Plumbing in Longview, Washington is the 2013 PRO Hardware Retailer of the Year for Horizon Distribution. Owner Chris Searing and his store were selected due to outstanding support of PRO key suppliers. The Searing customer service team has over 150 years of experience in plumbing, electrical and hardware and can be counted upon to provide top-quality service and knowledgeable advice in a clean and well-merchandised environment.

“If I had to choose one word to describe Searing Electric & Plumbing PRO Hardware, it would be knowledgeable,” said Mike Dawson, Horizon Distribution’s retail division manager. “Plumbing and electrical projects can be intimidating, but with the pros at Searing helping you out, they become much less daunting.”

Tide Marine Supply Company is the 2013 PRO Hardware Retailer of the Year for Long-Lewis Hardware. Manager Carl Crenshaw and his staff were selected for their ability to adapt to what their customer base is looking for.

“Tide Marine is one of those rare perfect retailers who isn’t afraid of change, has a willingness to try new things and is motivated to take some sensible chances and investigate opportunities,” said Michael Brady, general sales manager with Long-Lewis Hardware. “They participate wholeheartedly in the PRO ads, fully utilizing the trim kits, banners and mobile coupons. Servicing a small community such as Bayou La Batre, the wide reach of the circulars make them a store of destination for a broad consumer base.”

Jaime Koch was the managing editor of Hardware Retailing Magazine. Jaime regularly traveled around the country and internationally to visit with retailers and share their stories. Jaime was honored by the American Society of Business Publishers for Editorial Excellence.
Previous Home Depot Security Gets Hacked
Next Home Hardware CEO Featured in National Publication