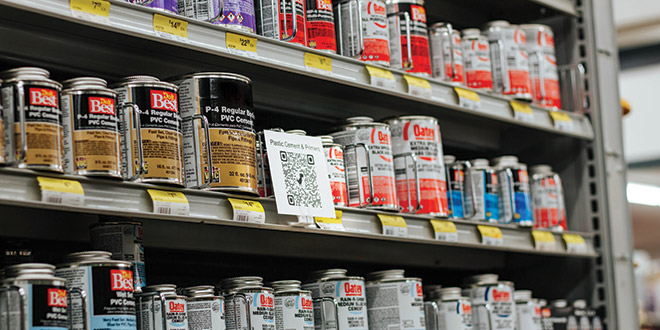 From gaining access to a concert venue to reading a restaurant or bar menu, quick response codes, more commonly known as QR codes, have made it easier for consumers to make purchases, look for information and connect with brands they love.

While QR code technology has been around for over 10 years, it has seen a dramatic increase in usage by businesses and consumers in recent years. According to a survey by technology company Blue Bite, the reach of QR codes grew 96 percent from 2018 to 2020. The number of QR code interactions increased by 94 percent during that same time period.

The increase in usage can be attributed to more people owning smartphones with the ability to read QR codes without downloading a separate app. An increase in the desire for safer contactless commerce options during the pandemic also fueled the jump in people using QR codes.

For Geoff Saunders, QR codes have helped him solve an issue many retailers are currently facing—not enough workers to serve customers. Saunders’ career in home improvement started in 1997, and he has managed Van Well Building Supply in Dallas, Oregon, since late 2018.

In 2021, Saunders participated in the Retail Management Certification Program (RMCP) from the North American Hardware and Paint Association (NHPA). RMCP is a college-level program featuring industry-specific business courses and a business improvement project tailored to each participant’s operation. For his project, Saunders decided to pursue using QR code technology to more effectively reach customers and provide better customer service at Van Well and the company’s other locations, which operate under the name Gold Beach Lumber.

Birth of an Idea

For home improvement stores, the first of the year typically means fortifying your workforce in preparation for the busy spring and summer months. Van Well Building Supply also ramps up its staff in the first quarter, but in 2020, the management team decided against any additional hiring because they thought the economy would take a downturn.

Saunders says the team also decided against hiring because it can be a long process as the company works diligently to get the right people in the right jobs. Gold Beach Lumber has a technical hiring program—candidates take a predictive index assessment and cognitive evaluation, among other requirements, so hiring can be a cumbersome process even in a balanced job market.

“We were getting overrun with business and just didn’t have the time to hire,” Saunders says. “And with the unemployment benefits available after the lockdown, people weren’t exactly lining up for jobs.”

While the company had trouble hiring, it did not have trouble getting customers in the door. Dallas is a bedroom community for Salem, Oregon. Before COVID-19 hit, Dallas residents would do their shopping at the big-box stores in Salem, Saunders says.

“During the pandemic, we had a ton of new people coming in, many who didn’t even know we existed,” he says. “They had surplus income and were wanting to take on projects to update their homes, making them better places to live since they had to hunker down and stay home. Consumers were spending more money, and we got hit with lots of extra business.”

On one particularly busy Saturday, Saunders says he and six other employees helped 700 customers during the store’s opening hours.

“We had never been that slammed before. I have excellent employees, and they were doing the best they could, but we still struggled to help everyone,” he says. “As I was watching a line of customers waiting for help, I thought to myself, ‘I wish I could clone my employees.’”

That’s when the idea for using QR codes in the store was born.

“I thought it would be great if we could refer customers to a QR code they could scan with their phone to get a brief tutorial on whatever project they’re working on,” Saunders says. “The QR code could keep them in the store until an employee could get to them, or best-case scenario, it provides all the information they need.”

Saunders credits RMCP for the opportunity and resources to make his vision a possibility.

“I presented three different ideas to my regional manager and our company owner, and the QR codes were the concept they liked the best,” Saunders says. “RMCP helped me hone that idea and make it feasible for our company.”

From Concept to Reality

As Saunders explored the best way to make his idea a reality, he started looking on YouTube for videos about different home improvement projects. He didn’t find any he loved, so he went to his associates to film the videos, which also gives the videos a personal touch. The staff has experience putting together videos and had previously created Facebook commercials. He also has several younger employers who create videos for the social media platform TikTok.

“I just tell them what subjects I want to tackle, and they go for it,” Saunders says. “When I saw how easy it was, it was kind of a no-brainer. I have two associates make one video, and when you do the math, a 2-minute video costs 68 cents in wages, plus some time editing. We have fun with them.”

For his RMCP project, Saunders presented a video on chemical fertilizers and has plans for employees to create videos on topics like irrigation, installing toilets and paint.

Once the videos are filmed and edited, Saunders will upload the videos to the store’s YouTube channel and generate a QR code with a free online code generator. He will print out the QR code with the video’s URL embedded in it and attach it to a shelf hanging tag. The company is working with its wholesaler on a shelf talker that is durable and suited to this type of signage.

Saunders plans on placing the QR codes in locations throughout the store where projects require more detailed information, including departments like plumbing, electrical and irrigation. The QR codes act as a “not-so-silent” salesperson, potentially increasing the average ticket and improving gross margins.

“When a customer scans the QR code in those departments, we can get a head start on providing the resources that customer needs without having an employee physically present,” Saunders says. “The information the videos provide allow the customer to make an informed decision on the products they need to complete the project. Plus, the videos keep the customer in the store longer and give them a better chance of receiving the service they need.”

When a customer is able to find the information they need from the QR code, it frees up the employees to help more customers.

Starting with a list of 40 topics, Saunders has charged certain associates to work on specific projects they have particular knowledge in and plans to launch 20 videos in April 2022.

“I’m trying to pave the way and get the program launched in my store so it can then be used across the company,” Saunders says.
Saunders started a YouTube channel for the company to host the videos and track analytics. He’s also continually looking for new ways to add more production value. He has also signed up for a Vimeo account to be able to edit the videos and wants to purchase wireless microphones to help cut out background noise.

“I would love to add layers to this eventually, such as including information on where products mentioned in the video are located in the store,” Saunders says. “I think this project is just the beginning of how this technology can help our company.”

Participants learn new skills to manage and drive their business to higher levels of performance and gain skills needed to innovate and lead positive change. The program also includes a business improvement project, challenging each student embark on a project tailored to their business.

“RMCP was one of the most in-depth training programs I’ve done. The training helped me understand how I lead, taught me how to translate my visions to my people and communicate better with them and allowed me to become a better listener,” says
Geoff Saunders, manager at Van Well Building Supply.

The deadline to apply for the 2022 class is June 1. Learn more here.

E-Commerce Insights
See how retailers’ views on retail technology and e-commerce have changed in the last two years here.

Lindsey joined the NHPA staff in 2021 as an associate editor for Hardware Retailing magazine. A native of Ohio, Lindsey earned a B.S. in journalism and minors in business and sociology from Ohio University. She loves spending time with her husband, two kids, two cats and one dog, as well as doing DIY projects around the house, going to concerts, boating and cheering on the Cleveland Indians.
Previous Hot Products – March 2, 2022
Next Pressed Petal Projects Your Customers Can Make 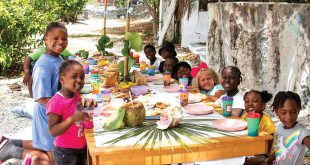 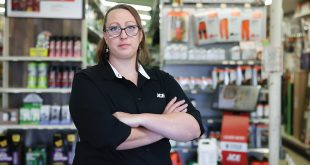