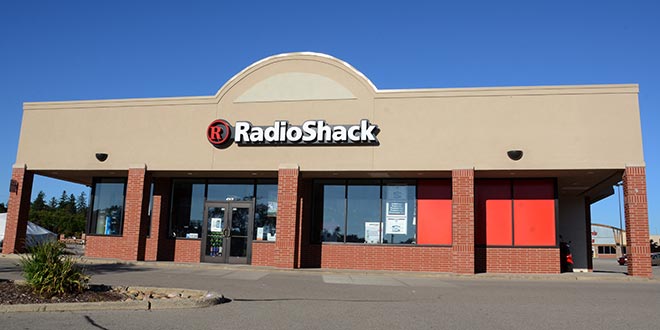 RadioShack, a consumer electronics company that was once one of the best-known chains in America, has shrunk from thousands of locations around the world to merely 70 company-owned stores in seven states, according to a press release from the company. At its peak, RadioShack had 7,300 stores located within 3 miles of more than 95 percent of households in America.

Despite bankruptcy woes from its struggling share of the marketplace, the company remains in communities across America with the help of its 425 independent dealers, several of whom run the electronics business in conjunction with a hardware or home improvement businesses.

After the initial bankruptcy, the independent dealers representing RadioShack and its products were left with many questions about the future of a brand that made up a large portion of their businesses, according to a Sept. 5 article by The Wall Street Journal.

In 2015, the company had 4,400 company-owned stores to restructure, so the independent dealers were not the focus. However, those involved and representing the brand in communities across the country now make up the majority of RadioShack’s remaining brick-and-mortar footprint. Although the plans have not been released, The Wall Street Journal article says the dealer network “will have a place in a reorganized company, as will the e-commerce business.”

However, independent dealers, like former dealer Ron Hughes, who ran a RadioShack under the same roof as his appliance store, Hughes Appliance and Air Conditioning, decided to close his RadioShack business after moving store locations a few years back, according to a January 2015 article by The Dallas Morning News.

While Hughes told the Dallas newspaper that having a RadioShack brought great traffic to an appliance store in a small town, competition from the company helped him make the decision to leave the iconic brand behind.

“The straw that broke the camel’s back: A customer came in for a satellite signal finder,” Hughes told The Dallas Morning News. “I went over to where we always kept them, and nothing was there. I went to the computer and it had been converted to an online-only product.”

That was when Hughes says he realized he wasn’t just competing with Amazon, but also with RadioShack’s online store. “That’s fine for RadioShack, but not if you’re running one of their storefronts,” Hughes says in the article. “If we were doing great and I saw a bright future, we’d still have the RadioShack store. But we’re just not certain of RadioShack’s future.”

Renee Changnon is the retail outreach coordinator for NRHA. She meets with retailers in their stores and at industry events and introduces them to the services NRHA provides. Renee previously worked as a member of the NRHA communications team. She earned a degree in visual journalism from Illinois State University, where she served as the features editor for the school newspaper. After college, she implemented marketing and promotions initiatives at Jimmy John’s franchise locations across the country. She enjoys exploring books with her book club, Netflix marathons and hosting goat yoga at her apartment complex. Renee Changnon 317-275-9442 rchangnon@nrha.org
Previous Ace CEO: Hurricanes, Plans and an ‘Incredibly Good Enemy’
Next 2017 Cost of Doing Business Study Now Available