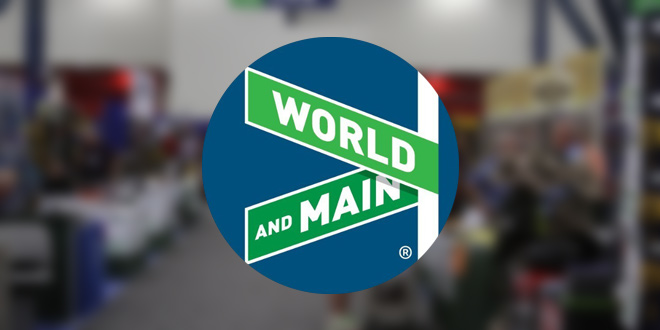 Acquiring World and Main Houston expands HDW’s business further into Texas and Oklahoma, contributes approximately 13,000 products to the company’s offerings and adds 400,000 square feet of warehouse space in Houston. The companies did not release financial terms of the purchase agreement.

“We are excited to add important geography to our distribution network that will allow us to serve 2,000 retail locations,” says Kenny Beauvais, CEO and president of HDW. “This will also add experienced talent to our employee-owned company that will strengthen our position in the marketplace and our offerings to our retailers.”

“It’s going to be big for us,” he says. “For right now, each business will continue to do what we do well. I think the companies are going to get similar but different benefits, with an increase in distribution footprint. It’s going to allow us to reach more customers with improved assortments and programs.”

Handy Hardware was a regional cooperative that went into bankruptcy before private investment firm Littlejohn & Co. bought it in 2013 and made it an arm of national distributor World and Main. The regional Texas distributor rebranded as World and Main Houston at its January 2016 buying market.

World and Main was the new brand name for Hardware Holdings of Cranbury, New Jersey, which was made of a collection of companies, including Jones Stephens Corp., The Faucet Queens, Inc. and WordLock Inc. The goal for World and Main was to create a unified brand for a national distribution company with a specialized offering of its own private-label brands.

April 2016: World and Main confirms that Devine is no longer with the company. G. Stephen LeGraw serves as interim president and chief operating officer.

Kate is profiles editor for Hardware Retailing magazine. She reports on news and industry events and writes about retailers' unique contributions to the independent home improvement sector. She graduated from Cedarville University in her home state of Ohio, where she earned a bachelor's degree in English and minored in creative writing. She loves being an aunt, teaching writing to kids, running, reading, farm living and, as Walt Whitman says, traveling the open road, “healthy, free, the world before me.”
Previous Mixed Third-Quarter Earnings for Big Boxes, Ace
Next Exclusive Q&A: True Value Exec Talks Ship-to-Consumer