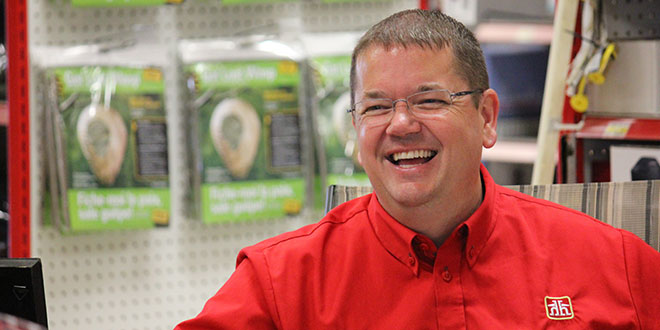 When Adam Busscher started meeting fellow independent home improvement retailers from bigger businesses and other countries, he was surprised to gain many business allies.

In fact, Adam began developing industry friendships that have made him a better retailer.

For years now, he has been listening to stories and advice from other people in the industry about business operations, vendors, employee issues and technology that he has been able to apply to his store, Picton Home Hardware in Ontario.

“When you meet with other retailers, you gain so much,” Adam says. “If you can look at your business as an outsider, you can truly make your business better.”

Those retailers have also sought out Adam’s perspective.

“We all have the same problems. Scale is the difference,” he says. “I think lots of retailers don’t realize the value. You have to get outside of your business to understand what’s happening in the industry.”

Adam has developed many relationships with other independent retailers through his involvement in the North American Retail Hardware Association (NRHA). He has engaged with the association for more than 10 years and served as chairman of its board of directors in 2015.

“I’ve met retailers from all over the world. No matter their business size, big or small, that interaction is just incredible,” he says.

The friendships Adam has built have benefited him both personally and professionally, he says. His relationship with Tim Buchheit of Buchheit Enterprises in Missouri is an example of a friendship that wouldn’t have happened without NRHA. The two met while serving on the association’s board of directors.

Their operations are very different, since Adam operates one store in Ontario and Tim oversees eight retail locations in Missouri. However, Tim has provided Adam with insight into topics ranging from interacting with family to onboarding employees.

The friendship, and others like it, is mutually beneficial.

“From our relationship, I think he’s learned from the passion we have for retail,” Adam says. “I think it’s kind of reignited the passion for him to make his stores more shoppable. I often thought he wouldn’t value much what a smaller retailer says, but quite the opposite has been true.”

To read about four other retailers who have built industry friendships that have benefited them personally and professionally, click here.

Kate is profiles editor for Hardware Retailing magazine. She reports on news and industry events and writes about retailers' unique contributions to the independent home improvement sector. She graduated from Cedarville University in her home state of Ohio, where she earned a bachelor's degree in English and minored in creative writing. She loves being an aunt, teaching writing to kids, running, reading, farm living and, as Walt Whitman says, traveling the open road, “healthy, free, the world before me.”
Previous Retailers Find Value in Relationships That Defy Expectations
Next 6 Questions to Ask About Your Merchandising 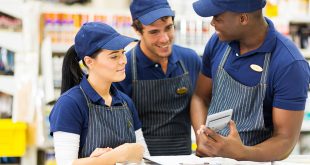 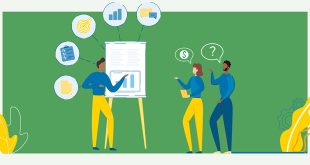 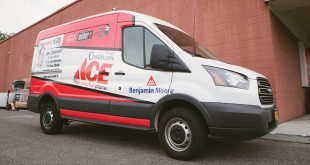