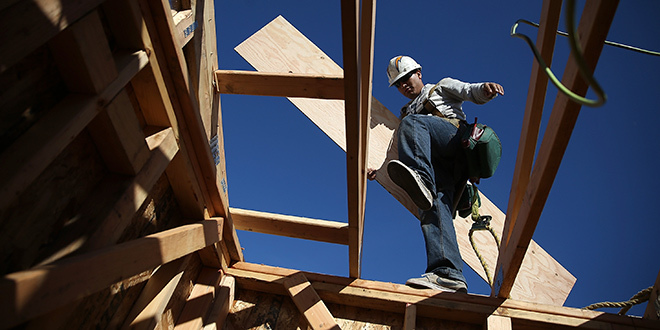 A new report from radio program Marketplace says homebuilders are continuing to struggle with a labor shortage that has stalled construction of new homes.

Some 1.5 million homebuilding and remodeling jobs disappeared after the Great Recession, but the industry has only regained about 900,000 of those jobs, according to data from the National Association of Home Builders.

“We’ve seen a lot of strength and maybe that will bring some more workers back,” Wolf says. “But I think at this point a lot of them have found other careers in other industries.”

Residential construction employment did grow by nearly 20,000 jobs in January, which marked the biggest gain in a year, says Robert Dietz, chief economist with the National Association of Home Builders.

“The labor shortage continues to be the number one issue for homebuilders,” Dietz says. “But I think some of the data that we see indicate that maybe we’ve reached a turning point.”

Todd is trends editor for Hardware Retailing magazine. He graduated from Indiana University where he majored in journalism and French. Throughout his career, he has aimed to highlight small businesses and their community value. He joined NRHA in 2017.
Previous 6 Questions to Ask When Choosing Advisers
Next NRHA Conference Keynote Announced: Dan Starr