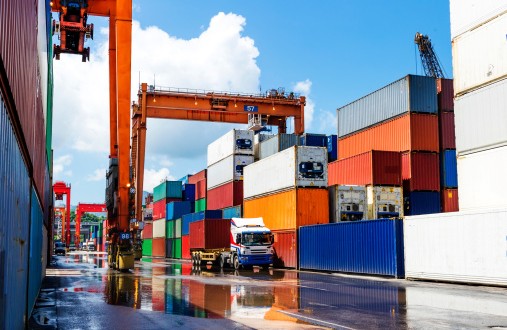 Import volume at major U.S. container ports is expected to increase 7.5 percent in June as retailers bring unusually high quantities of merchandise into the country early to avoid any potential disruptions after the labor contract with West Coast dockworkers expires, according to the monthly Global Port Tracker report released today by the National Retail Federation and Hackett Associates.

“We don’t want to see disruptions at the ports but retailers are making sure they are prepared in case that happens,” NRF Vice President for Supply Chain and Customs Policy Jonathan Gold says. “Whether it’s bringing cargo in early or other contingency plans, retailers will keep the shelves stocked for the back-to-school and holiday seasons.”

The Pacific Maritime Association and the International Longshore and Warehouse Union began negotiations last month on a new contract to replace the agreement that expires June 30. NRF has urged both sides to avoid any disruptions that could affect the flow of back-to-school or holiday merchandise.

West Coast ports handle more than two-thirds of U.S. retail container cargo, including the bulk of cargo from Asia. The last major coast-wide shutdown there occurred in the fall of 2002, closing ports for 10 days and creating a months-long backlog to be cleared.

Jaime Koch was the managing editor of Hardware Retailing Magazine. Jaime regularly traveled around the country and internationally to visit with retailers and share their stories. Jaime was honored by the American Society of Business Publishers for Editorial Excellence.
Previous The Future of Retail
Next May Job Creation Marks Best 4-month Stretch Since Late 90s