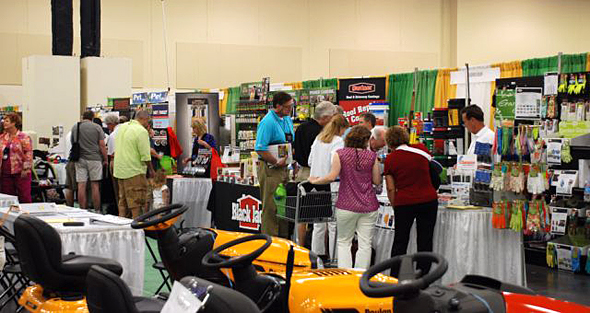 House-Hasson Hardware leaders say its summer 2014 market was the best-attended market in the company’s 105-year history, with a corresponding increase in sales. A House-Hasson market typically attracts up to 2,000 people. Don Hasson, president of House-Hasson Hardware, says a review of the June 19-21 dealer market showed attendance up between 15 and 20 percent.

A good mood and higher dealer sales prospects drove the sales increase, he says. “We sold more of every product,” says Hasson. “People are feeling better about the economy, and when they feel better they buy more. That means dealers are buying products looking to the next six months rather than the next few weeks.”

Mike Woolf, House-Hasson vice president of sales, says dealers took even more advantage than usual of deals and discounts. “When the economy is bad dealers buy what they need and that’s it,” he says. “When dealers feel good about the future they combine good prices with future dating.”

Hasson says the market also showed strength in supplies of which dealers ran short during the harsh winter.

“We’re seeing good sales on plumbing items that people ran out of during the cold weather,” he says. “The popular term was ‘Beat the freeze.’ Everything in plumbing sold well, as did light bulbs that are being phased out for LED and Halogen bulbs.

The company is also seeing good growth in its international business, concentrated in the Caribbean, Hasson said. “We had a dinner with about 30 of our international dealers on Saturday night after the market ended because they don’t fly out until the next day,” he says. “This is a part of our business that is really expanding.”

Says Woolf, “We’re opening up our largest international store, with 8,400 square feet of hardware, with our dealer in Bonaire, which is near Aruba and Curacao and just off the northern coast of South America. We set the store about 30 days ago and just finished putting in the backfill merchandise.”

“Basically we just saw sales improve across the board,” Hasson says. “Our company overall is up more than 16 percent over last year. One signal all of this sends is that independent hardware stores and lumberyards have a very bright future.”

Jaime Koch was the managing editor of Hardware Retailing Magazine. Jaime regularly traveled around the country and internationally to visit with retailers and share their stories. Jaime was honored by the American Society of Business Publishers for Editorial Excellence.
Previous Peek a Boo™ Pet Latch
Next Could China’s Alibaba Become the Next Competitor…or Partner?