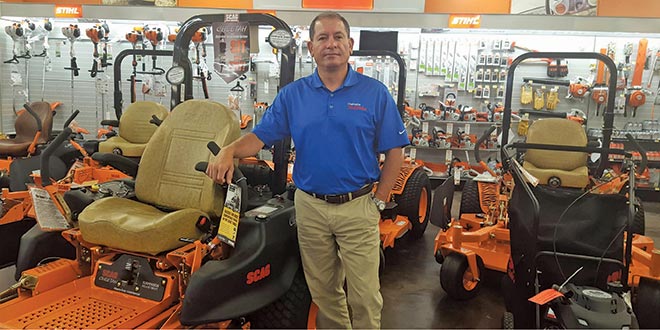 When Wilson Bastidas heard that a 7.8 magnitude earthquake struck his home country of Ecuador on April 16, he was immediately ready to do what he could to help friends and family members who were affected.

After about three hours of trying to get through to his father back home, he finally got his dad on the phone and learned his story of the destruction caused by the earthquake in the South American country.

As the owner of Chalmette True Value in Chalmette, Louisiana, Bastidas wanted to do whatever he and his business could to help the people recover. Bastidas’ community could relate to the struggles in Ecuador because of the destruction they saw from Hurricane Katrina in 2005.

“Those in Ecuador had no water, no electricity—we went through it here after Hurricane Katrina, so I knew people were in need of many goods,” Bastidas says.

After speaking with his brother-in-law, who serves in the Ecuadorian Navy, Bastidas asked what he could do through his business to help people suffering after the quake. He was asked to send many items that a hardware store would have on hand.

“He told me I could help by sending the things they really needed, like trash bags, gloves, cleaning items, boots and more,” he says.

After getting a list of items that could help back in Ecuador, Bastidas decided to ask his customers for any support they could provide to help the cause.

As word spread, Bastidas has been able to collect many items off the list—a total of about $10,000 so far in supplies, he says. With financial donations, they bought more items that would be necessary to help with the cleanup and aftermath of the earthquake. He is still collecting more goods and will ship them to Ecuador in a few weeks.

“Chalmette is a very small community but is very loyal,” he says. “We try to help out the community wherever we can, and they do the same for us.”

Renee Changnon is the retail outreach coordinator for NRHA. She meets with retailers in their stores and at industry events and introduces them to the services NRHA provides. Renee previously worked as a member of the NRHA communications team. She earned a degree in visual journalism from Illinois State University, where she served as the features editor for the school newspaper. After college, she implemented marketing and promotions initiatives at Jimmy John’s franchise locations across the country. She enjoys exploring books with her book club, Netflix marathons and hosting goat yoga at her apartment complex. Renee Changnon 317-275-9442 rchangnon@nrha.org
Previous All-In-One Utility Sink
Next 2016 Young Retailer of the Year: Kyle Martinez