Home » Industry News » Getting Rid of Pesticides That May Kill Bees 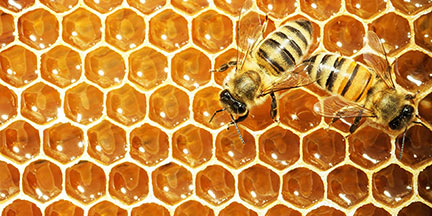 Getting Rid of Pesticides That May Kill Bees

Big box retailers and distributors serving independent businesses are moving away from selling chemicals that may harm honey bees–and McGuckin Hardware in Colorado is working to be a leader in the effort.

Public complaints and a growing amount of research shows the insecticides are also damaging  or killing pollinators, such as butterflies, bees and humming birds, Steven Wilke with McGuckin Hardware says. McGuckin is located in Boulder, Colorado.

The Home Depot and Lowe’s have announced that they are phasing out the number of neonicotinoids from their inventories, and distributors including Do it Best, Ace Hardware, True Value and Orgill are willing to move away from the insecticides as well. They are working with vendors to have products repackaged to make it clear that they contain neonicotinoids and to offer alternative products.

“As we transitioned our lawn and garden assortment in 2015, we saw an opportunity to improve our pesticide assortment and reduce the presence of neonicotinoids significantly,” according to a statement from Memphis-based Orgill. “The declining population of honey bees is a substantial issue, and the pesticides that consumers use around their lawns and gardens do factor into this.”

McGuckin Hardware wants to be a leader when dealing with the issue, Wilke says.

“We wanted to be one of the first to get rid of them,” he says.

The retailer is working to educate customers on how to improve plant and soil health instead of finding systemic chemical insecticides, he says.

“It’s our hope that people will stop looking for that silver bullet approach,” he says. “We’re kind of treading carefully moving forward to prevent another (neonicotinoid) situation.”

Kate is profiles editor for Hardware Retailing magazine. She reports on news and industry events and writes about retailers' unique contributions to the independent home improvement sector. She graduated from Cedarville University in her home state of Ohio, where she earned a bachelor's degree in English and minored in creative writing. She loves being an aunt, teaching writing to kids, running, reading, farm living and, as Walt Whitman says, traveling the open road, “healthy, free, the world before me.”
Previous Lowe’s Drops Australian Home Improvement Chain
Next Snow Brush and Scraper