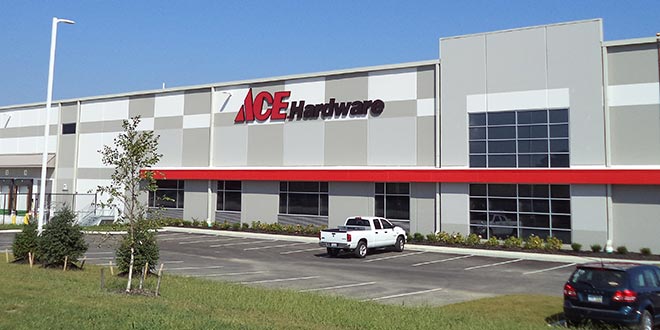 The co-op saw quarterly revenues of $1.4 billion, an increase of 5.7 percent from the fourth quarter in 2017. Revenues for the entire year were a record $5.7 billion, growing 6.1 percent above fiscal 2017.

Net income for fiscal 2018 was $128.2 million, a decrease of $19.2 million, from fiscal 2017. This decrease was due to warehouse expansion costs, lower distribution center productivity and increased marketing and advertising expenses, according to the co-op.

“Strong new store growth, increased same-store sales and a 43 percent increase in acehardware.com revenues helped us realize a healthy 5.7 percent increase in revenues during the fourth quarter,” says John Venhuizen, president and CEO. “The 6.1 percent full-year growth fueled our $142 million dividend distribution to shareholders. While still meaningful, this is a reduction from last year driven by our expanded assortment, higher inventory and lower retail support center productivity, which drove expenses up and profit down for the year.”

The 2.3 percent increase in retail same-store sales for the full year was the result of a 3.3 percent in average ticket, partially offset by a 0.9 percent decrease in same-store transactions.

To read more about the company, read Ace’s distributor profile in the March 2019 issue of Hardware Retailing. Subscribe here to get the digital edition of the magazine sent to your inbox the moment it’s available.

Kate is profiles editor for Hardware Retailing magazine. She reports on news and industry events and writes about retailers' unique contributions to the independent home improvement sector. She graduated from Cedarville University in her home state of Ohio, where she earned a bachelor's degree in English and minored in creative writing. She loves being an aunt, teaching writing to kids, running, reading, farm living and, as Walt Whitman says, traveling the open road, “healthy, free, the world before me.”
Previous Picture Hanging Kits
Next Clear Storage Totes