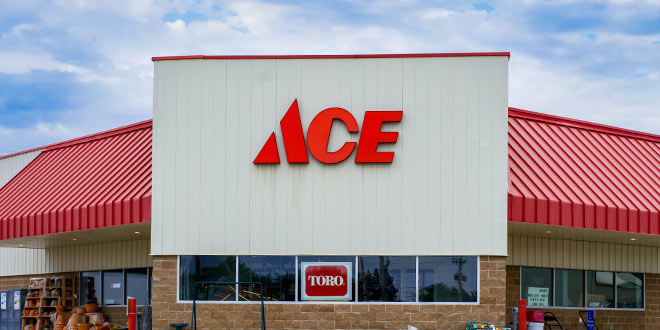 The co-op’s quarterly revenues were $1.43 billion, an uptick of 6.3 percent from third-quarter 2017. The growth was the result of adding new stores, increasing retail sales and growing online sales revenue by 35 percent, according to the company.

“We are not immune to the pain of the tight labor market,” says John Venhuizen, president and CEO. “Expanded product assortment, higher inventory and increased warehouse employee turnover drove expenses up and profits down for the quarter.”

Total wholesale revenues for the co-op were $1.34 billion, a year-over-year increase of 5 percent. Paint, electrical and holiday decor were the categories that stood out with the greatest growth, according to Ace Hardware.

Retail revenues from Ace Retail Holdings, which is the corporately owned Westlake Ace Hardware chain, were $79 million in the third quarter. The 20.6 percent year-over-year increase was the result of adding new retail stores, the company reports. Westlake Ace operated 122 stores at the end of the third quarter of 2018 compared to 108 stores at the end of the same period in 2017.

Kate is profiles editor for Hardware Retailing magazine. She reports on news and industry events and writes about retailers' unique contributions to the independent home improvement sector. She graduated from Cedarville University in her home state of Ohio, where she earned a bachelor's degree in English and minored in creative writing. She loves being an aunt, teaching writing to kids, running, reading, farm living and, as Walt Whitman says, traveling the open road, “healthy, free, the world before me.”
Previous Ceramic Cooker
Next How Specialty Markets Can Grow Your Business