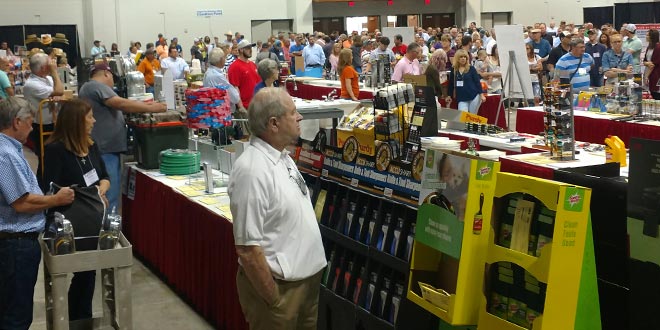 Retailers, vendors and staff composed the group of more than 1,000 people who attended the event, which was Sept. 8-10 in Shreveport, Louisiana.

Tim Teague of Meadors Lumber in Alma, Arkansas, commented that the buying market was the best show he had attended.

“The Friday opening allowed me enough time to check out all the vendors and specials for a full day before placing orders,” Teague says.

Rick Torres of Freret Hardware in New Orleans, a former Handy Hardware retailer for over 30 years, says he was impressed with how focused the buying show was on retailers and customer service. HDW purchased Handy Hardware, a regional distribution company, in 2016.

HDW also provided access to the event via its website for retailers in the areas impacted by Hurricane Harvey if they were unable to attend. For the first time, the distributor offered buying market pricing to retailers who couldn’t attend the show, according to the company.

The distributor will be hosting its spring market Jan. 19-21 in Dallas.

Kate is profiles editor for Hardware Retailing magazine. She reports on news and industry events and writes about retailers' unique contributions to the independent home improvement sector. She graduated from Cedarville University in her home state of Ohio, where she earned a bachelor's degree in English and minored in creative writing. She loves being an aunt, teaching writing to kids, running, reading, farm living and, as Walt Whitman says, traveling the open road, “healthy, free, the world before me.”
Previous Four Insulation Projects To Sell Before Winter
Next Fire Starter