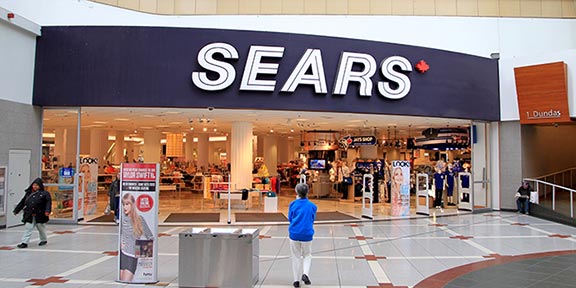 In June, Sears Canada filed for bankruptcy protection and announced plans to close 59 locations and cut 2,900 jobs, according to Global News. Now, the company will begin reaching out to potential buyers while it’s under creditor protection, CBC News reports.

The company plans to “shutter dozens of stores in the coming weeks while it negotiates with potential buyers who might acquire some or all of the company’s remaining assets,” according to CBC News.

Initially, the department store chain requested “the court for permission to immediately halt payments for pension, health and dental benefits for laid-off employees, retirees and surviving spouses due to a severe cash crunch,” however, an agreement was made to continue payments until Sept. 30.

Sears Canada will begin liquidation sales of inventory no later than July 21 and plans to complete them by Oct. 12.

“The national retailer and its court-ordered monitor, FTI Consulting Inc., can select one or more successful bids by Oct. 25,” according to the CBC article.

Sears Canada spun off from the U.S. retailer Sears Holdings Corp. in 2012. However, Sears Holdings Corp. chairman and CEO Eddie Lampert and his company ESL Partners LP and Fairholme own about two-thirds of Sears Canada, according to Reuters. Last week, Lampert and his investment company sought access to internal documents related to Sears Canada’s restructuring, “asking the court to grant access to Sears Canada’s employee retention plans, details on expected store closing costs relative to the savings expected and a financial retainer agreement,” Reuters reports.

Renee Changnon is the retail outreach coordinator for NRHA. She meets with retailers in their stores and at industry events and introduces them to the services NRHA provides. Renee previously worked as a member of the NRHA communications team. She earned a degree in visual journalism from Illinois State University, where she served as the features editor for the school newspaper. After college, she implemented marketing and promotions initiatives at Jimmy John’s franchise locations across the country. She enjoys exploring books with her book club, Netflix marathons and hosting goat yoga at her apartment complex. Renee Changnon 317-275-9442 rchangnon@nrha.org
Previous Exec: Ace Creates ‘Potent Combination’ With Big-Box Hires
Next Millennials Want a Retail Experience