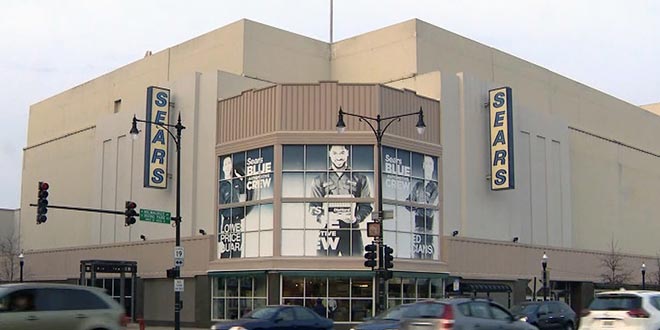 After nearly a century in Chicago, Sears is closing shop.

Sears Holdings Corp., which is headquartered in Hoffman Estates, Illinois, announced it would be shuttering its final Chicago store in July, according to the Chicago Tribune.

The company is also planning to sell 16 stores in other locations online, The Wall Street Journal reports.

Sears Holdings operates Sears and Kmart retail stores and has been making efforts to cut costs and return to profitability. Cost-cutting measures have included closing 303 Kmart stores and 132 Sears locations, the company says.

Closing the Chicago store marks the end of an era, according to USA Today. Sears has been part of Chicago “since it first moved its headquarters there from Minnesota in 1887 and later put its stamp on the city’s skyline with the Sears Tower, the tallest building in the world when it became Sears’ corporate base in 1973,” the article reports.

“For more than 120 years, Sears has called Illinois home and that is not changing,” company spokesman Howard Riefs says in an email statement to the Chicago Tribune.

“Although we are disappointed by this last store closure in Chicago, by no means does this change our commitment to our customers and presence to Chicago’s residents.”

Of the 16 stores up for sale, 15 are part of malls and “are being marketed as sale and lease-back deals, and some properties with agreements that allow modifications could be turned into self-storage, hotel or residential space,” The Wall Street Journal reports.

As Sears continues to close stores and sell property, mall owners are finding new ways to use the space, the article says.

“Other mall owners with Sears stores are taking back control of the space through expiring leases or store closures, and spending millions to redevelop them into restaurants, food halls, smaller stores or fitness centers,” The Wall Street Journal reports.

Renee Changnon is the retail outreach coordinator for NRHA. She meets with retailers in their stores and at industry events and introduces them to the services NRHA provides. Renee previously worked as a member of the NRHA communications team. She earned a degree in visual journalism from Illinois State University, where she served as the features editor for the school newspaper. After college, she implemented marketing and promotions initiatives at Jimmy John’s franchise locations across the country. She enjoys exploring books with her book club, Netflix marathons and hosting goat yoga at her apartment complex. Renee Changnon 317-275-9442 rchangnon@nrha.org
Previous Smart LED Lightbulb
Next Walmart to Remodel 500 Stores, Open 20 New Locations