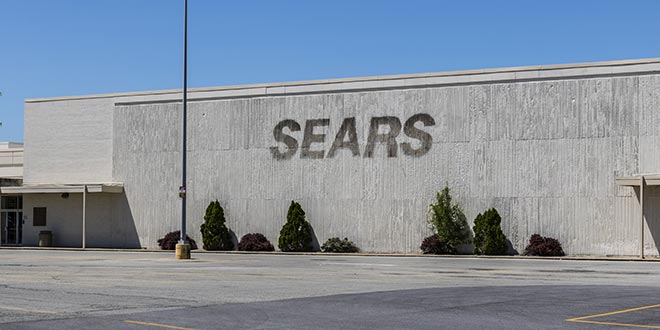 Sears Holdings Corp. has filed for bankruptcy protection and plans to close another 142 stores. Edward Lampert will also vacate his position as the company’s CEO immediately, reports the Chicago Tribune.

Three executives will fulfill Lampert’s duties as CEO, according to the report.

By filing for bankruptcy protection, the company “buys more time for a turnaround, one it’s been attempting for years,” the article says. Since 2011, Sears has lost more than $11 billion. In the last two years, the company has closed more than 725 Sears and Kmart stores, according to the article.

After filing for bankruptcy protection, Sears announced that it had secured “$300 million in debtor-in-possession financing, which will allow it to continue operating the business and paying employees while it tries to restructure around a smaller group of stores,” the article says.

Sears is also seeking an additional $300 million from ESL Investments, the hedge fund company run by Lampert, according to the Tribune. Lampert is also in discussions to buy “a large portion of the company’s store base,” according to a press release from the company.

The bankruptcy filing lists Sears’ total assets as nearly $7 billion and its total debts above $11 billion, the Tribune reports.

In its report, the Tribune says “…Sears survived the Great Depression, adapted as its shoppers traded catalogs for downtown department stores, and followed customers to suburban shopping malls. But it faltered as discounters, specialty chains and online merchants wooed consumers away in recent decades, and it never seemed to find the niche that would bring them back.”

Todd is trends editor for Hardware Retailing magazine. He graduated from Indiana University where he majored in journalism and French. Throughout his career, he has aimed to highlight small businesses and their community value. He joined NRHA in 2017.
Previous 2018 Do it Best Fall Market Emphasizes Category Growth
Next Consider Your Small Business Insurance Options