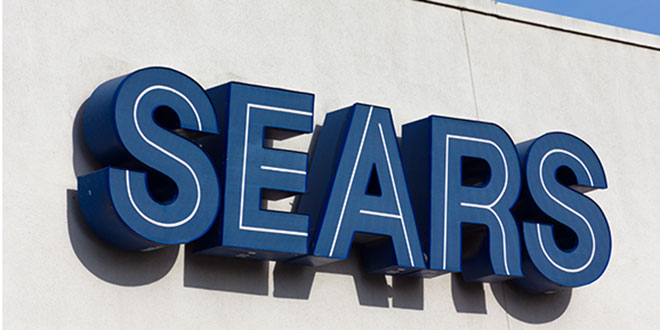 As Sears emerges from bankruptcy, the company is launching a new advertising campaign and investing in small-format stores to win back customers, according to the Chicago Tribune.

In February, Sears emerged from bankruptcy after a judge approved the sale of most of the retailer’s assets to ESL Investments, the hedge fund managed by Edward Lampert, Sears’ former CEO and current chairman.

Now, the company is finalizing plans for a branding and marketing campaign that aims to remind customers of the retailer’s heyday, according to the article.

“What are we good at? What is relevant from our history today? And the thing we were good at was making moments matter,” says Peter Boutrous, chief brand officer of Sears and Kmart and president of the Kenmore, Craftsman and DieHard brands.

The “making moments matter” campaign will appear on new in-store signage, social media, circulars and on TV ads in select markets. According to the Tribune, the new ads will aim to woo baby boomers who remember Sears’ glory days and shoppers who may be unfamiliar with the brand altogether.

“Mission No. 1 for sears is to explain to customers that they’re still here,” he says.

Beyond the advertising, Boutrous says “making moments matter” will serve as a “mantra” for the business in the years ahead.

In addition to the new marketing campaign, Sears is also preparing to open three small-format stores across the country.

Called Sears Home + Life, the new smaller stores will focus appliances, mattresses and a selection of home services. The first three of these locations will open this May in Louisiana, Alaska and Kansas.

The Tribune notes these smaller stores are not intended to replace regular Sears retail locations, but “give the company a way to get back into communities where it no longer has stores.”

For more information on Sears’ founding and subsequent financial troubles, read “Reinvention of the Retail Giant” from the March issue of Hardware Retailing.

Todd is trends editor for Hardware Retailing magazine. He graduated from Indiana University where he majored in journalism and French. Throughout his career, he has aimed to highlight small businesses and their community value. He joined NRHA in 2017.
Previous LED Stud Finder
Next Listen Up: NRHA Launches First New Podcast Series