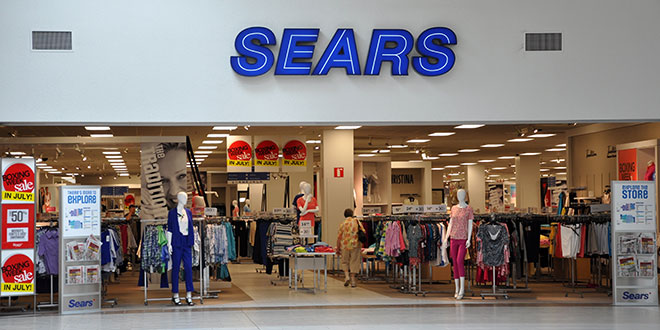 Sears to Sell Off Major Brands?

Sears Holdings is continuing to look for ways to improve its business after reporting ongoing financial losses, and the company’s board of directors has decided to look at alternative approaches to selling its popular Kenmore, Craftsman and DieHard brands.

The retailer has not reported what specific changes it is considering, but the options could involve selling the appliances, tools and automotive batteries via other retailers, “licensing them to other companies or an outright sale,” according to the Chicago Tribune.

Sears Holdings reported a $488 million decrease in net revenue from first quarter 2015 to first quarter 2016. Additionally, Kmart and Sears comparable store sales in the U.S. declined 5 percent and 7.1 percent, respectively, in the first quarter this year.

The company has had multiple store closures and a shrinking bottom line, the Chicago Tribune reports. To try to make up for these losses, the company’s board has suggested taking the Kenmore, Craftsman and DieHard brands and Sears Home Services (SHS) out of exclusivity with Sears and Kmart.

“Our iconic (Kenmore, Craftsman and DieHard) brands are beloved by the American consumer and we believe that we can realize significant growth by further expanding the presence of these brands outside of Sears and Kmart,” the company reports. “Similarly, our SHS business, which is the nation’s leading provider of in-home services, has greater potential than what we have delivered in the past. As the ‘internet of things’ develops and as more of our lives become connected, we believe SHS and (Kenmore, Craftsman and DieHard) stand to benefit significantly from broader accessibility.”

Kenmore, Craftsman and DieHard are still well-established brands, Neil Stern, senior partner at McMillanDoolittle, told the Chicago Tribune. Expanding distribution would allow for extra revenue, but Stern believes if consumers can purchase Kenmore and Craftsman products elsewhere, customers will have more reasons not to shop at Sears and Kmart.

Sears only sells a portion of its branded products through other retailers and believes a partnership or other transaction that expands distribution of its brands and service offerings could help it, Riefs says.

Renee Changnon is the retail outreach coordinator for NRHA. She meets with retailers in their stores and at industry events and introduces them to the services NRHA provides. Renee previously worked as a member of the NRHA communications team. She earned a degree in visual journalism from Illinois State University, where she served as the features editor for the school newspaper. After college, she implemented marketing and promotions initiatives at Jimmy John’s franchise locations across the country. She enjoys exploring books with her book club, Netflix marathons and hosting goat yoga at her apartment complex. Renee Changnon 317-275-9442 rchangnon@nrha.org
Previous 2016 Young Retailer of the Year: Kyle Martinez
Next Family Business Thriving Nearly a Century Later