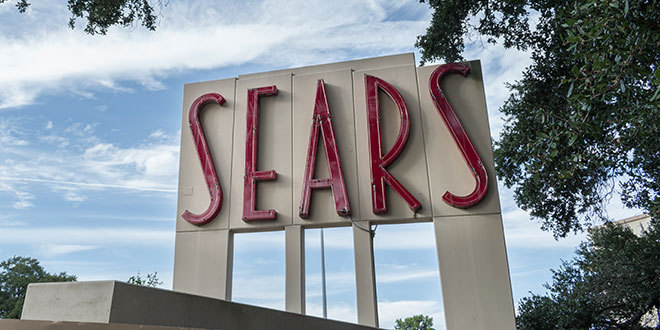 Transform Holdco, the owner of Sears and Kmart locations, has announced plans to shutter nearly one-third of its remaining locations, according to a report from The Washington Post.

In all, 96 locations will close, leaving the once-venerable retail chain with just 182 stores.

In a statement, Transform Holdco says it “has faced a difficult retail environment and other challenges” and is “pruning operations that have struggled due to increased competition and other factors.”

In addition, Transform Holdco is receiving $250 million of new capital from its owners and a third party, including former Sears CEO Edward Lampert, the article states.

In February, Sears escaped liquidation when it emerged from bankruptcy proceedings with a new plan for growth.

Todd is trends editor for Hardware Retailing magazine. He graduated from Indiana University where he majored in journalism and French. Throughout his career, he has aimed to highlight small businesses and their community value. He joined NRHA in 2017.
Previous Inside True Value’s $150M Supply Chain Investment
Next Portable Gym