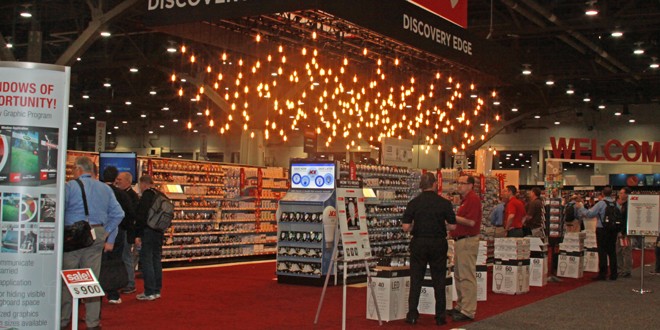 Ace Hardware’s leaders had positive financial news to share at the co-op’s spring convention this week, but emphasized the importance of relationships and service to keeping retailers’ businesses successful.

Retail profit dollars increased by 5 percent and total retail sales went up by about 10 percent in 2014, according to John Surane, executive vice president of marketing, merchandising and sales. Retailers grew foot traffic, transaction sizes and sales, he says.

But service to people is more important than the dollars earned, and is key to retailers’ continued success, president and CEO John Venhuizen says.

Ace Hardware hosted the three-day convention this week in Las Vegas, offering training, networking and product buying opportunities to about 5,500 attendees. More than 1,200 manufacturers and vendors manned booths at the event, showcasing new products and offering special deals on hundreds of items.

Venhuizen acknowledged that Ace stores compete against huge, well-funded corporations, but the independent retailers’ service and servant hearts help them contend against the giants, he says. The retailers need always to continue building up what they already do well in serving people, regardless of competitors and online ordering, he says.

Small businesses are important to communities not only because they are employers, but also because they serve the public through sponsoring local organizations and working with community government, keynote speaker Condoleezza Rice says. The former U.S. secretary of state gave a speech and answered retailers’ questions at the convention general session.

Those relationships stretch beyond the retailer-customer interactions. Building relationships and learning from other retailers are important reasons for attending the co-op’s convention, according to Matt Louie, general manager of Louie’s Ace Home Center in Fallon, Nevada. He attends the Ace shows to get good deals when buying products, but also to talk about retailing best practices and to share what he’s learned through trial and error in business.

“We’re all in this together. We want everyone to be successful,” Louie says.

Kate is profiles editor for Hardware Retailing magazine. She reports on news and industry events and writes about retailers' unique contributions to the independent home improvement sector. She graduated from Cedarville University in her home state of Ohio, where she earned a bachelor's degree in English and minored in creative writing. She loves being an aunt, teaching writing to kids, running, reading, farm living and, as Walt Whitman says, traveling the open road, “healthy, free, the world before me.”
Previous Target Agrees to $10 Million Settlement in Data Breach Lawsuit
Next Ratchet and Socket System