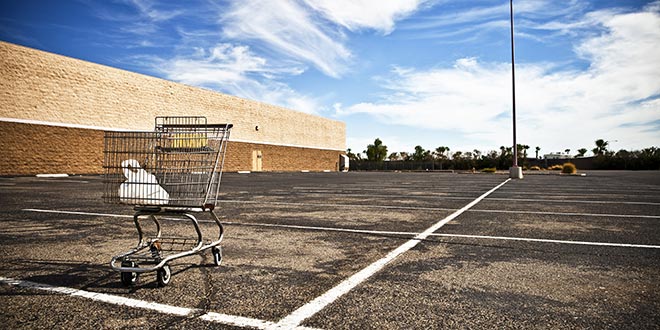 A June 2017 Harvard Business Review study finds that shuttered retail spaces can lead to an increase in crime and theft in their immediate vicinity. However, an operational store can provide communities roughly $30,000 annually in social benefits by reducing crime and theft, the study estimates.

The study, led by Tom Y. Chang and Mireille Jacobson, examines the effect sudden closures of medical marijuana dispensaries and restaurants in Los Angeles had on their surrounding neighborhoods. These locations were chosen because Los Angeles had closed roughly two-thirds of its dispensaries in 2010, and restaurants can be closed immediately following a serious health code violation, allowing for a sampling of different businesses that extended across the city, according to the researchers.

The increased foot traffic that operational small businesses present can be a natural deterrent to crime and theft, according to the study. Foot traffic can serve as natural “eyes upon the street,” a term coined by Jane Jacobs in her 1961 work, The Death and Life of Great American Cities.

In order to test their theory, the researchers developed “walk scores” of areas across Los Angeles. The scores attempted to measure an area’s walkability, taking into account the number of nearby businesses that draw customers and increase foot traffic. The study’s researchers theorized that businesses that closed in areas with a high walk score would have a small impact on crime, while stores that closed in a low walk score area would have a large impact on crime. Their findings confirmed this theory.

The study is an important reminder of the economic and social value that brick-and-mortar retail spaces have in the communities they serve. For more information on methods to prevent crime in your business, watch this video featuring corporate loss prevention officer Brian Clubb from Buchheit Stores in Missouri and read the story about how Buchheit manages loss prevention.

Todd is trends editor for Hardware Retailing magazine. He graduated from Indiana University where he majored in journalism and French. Throughout his career, he has aimed to highlight small businesses and their community value. He joined NRHA in 2017.
Previous Can Light Conversion Kit
Next Exec: Ace Creates ‘Potent Combination’ With Big-Box Hires