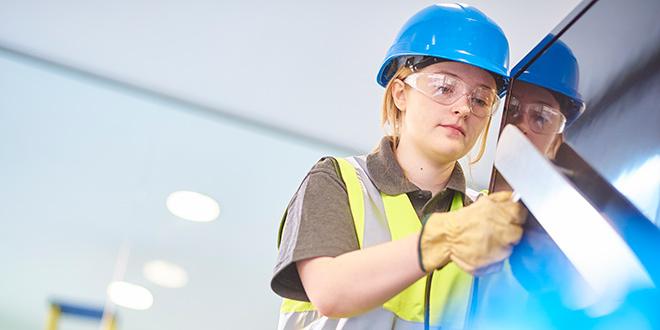 While many in the construction and home improvement industries anecdotally feel the pinch of not enough skilled-trade workers, the statistics back up those sentiments. The Associated General Contractors of America conducted a survey in September 2021 that found 89 percent of contractors had a difficult time finding trained workers. The survey also found that 61 percent of contractors had project delays because of workforce shortages.

The increase in skilled-trade workers not only benefits the industry but the workers themselves. Workers in the skilled trades have their pick of jobs all over the country, and some are even earning more than their peers who have a four-year college degree, according to Georgetown University’s Center on Education and the Workforce.

Pursuing an education in a skilled trade is also generally less expensive and takes less time than an associate’s or bachelor’s degree. Some skilled-traded companies will even pay for students to train while earning a paycheck in the field with internships, mentorships and work studies.

Lindsey joined the NHPA staff in 2021 as an associate editor for Hardware Retailing magazine. A native of Ohio, Lindsey earned a B.S. in journalism and minors in business and sociology from Ohio University. She loves spending time with her husband, two kids, two cats and one dog, as well as doing DIY projects around the house, going to concerts, boating and cheering on the Cleveland Indians.
Previous Wallace Hardware Celebrates 100 Years, Return to In-Person Markets
Next 2022 Workplace Wellness Program Trends