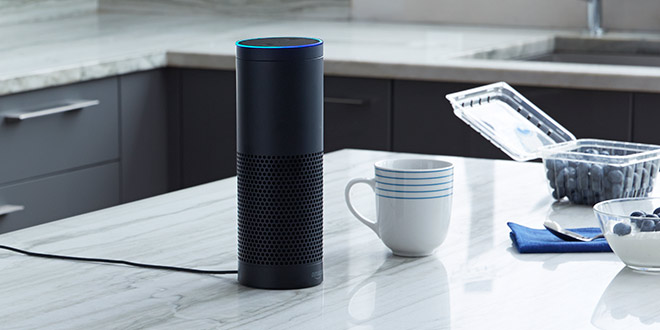 Smart appliances with built-in voice activation are becoming standard for many manufacturers. At the 2017 Consumer Electronics Show, held this month in Las Vegas, Amazon’s Alexa was the voice-activation system of choice, according to CNET.

Whirlpool voice-integration with Alexa will become standard in many of the manufacturer’s refrigerators, washers, dryers and range ovens in early 2017, reports Time. The article says the integration will allow users to talk to their appliances to accomplish simple tasks. This includes setting the oven to a certain temperature or adding more time to a dryer cycle. Users will need an Alexa-operated smart home system, like the Amazon Echo, to communicate with connected appliances, according to Time.

“As demand for a smart home ecosystem grows, consumers are looking for a wide variety of new ways to interact with their appliances, whether it’s on-product, digitally with an app or through voice control,” says Whirpool’s vice president of integrated business units Brett Dibkey in the company’s announcement of its collaboration with Amazon. “The capabilities this relationship brings to our portfolio of appliances reinforces Whirlpool Corporation’s commitment to purposeful innovation.”

LG debuted the second generation of its Smart InstaView Refrigerator at CES 2017, reports CNET. The appliance previously utilized Microsoft’s voice-activated smart home assistant Cortana. However, the new model is now connected to Amazon’s Alexa, the article adds. Unlike other Alexa-connected appliances, CNET reports the refrigerator can operate as an Alexa smart home hub. This allows users to not only order groceries but also control other connected devices.

GE announced in September 2016 its plan to make Alexa standard in its Wi-Fi connected and Monogram® appliances. This includes refrigerators, dishwashers, wall ovens, ranges, laundry machines and others.

“Voice connectivity has a big role in the Internet of Things, as well as in the home,” says Liz VerSchure, vice president responsible for GE Appliances connected strategy in the announcement. “Integrating our connected appliances with Alexa will help make consumers’ lives easier, more productive and a little more fun.”

More than 7,000 companies have integrated Alexa into their products, according to NBC.

Amazon reported sales of its Alexa-controlled smart home products contributed to the retailer’s “best ever” holiday season in 2016.

Melanie is the communications and content manager for the North American Hardware and Paint Association. She joined the NHPA team in 2016 as an editor for Hardware Retailing and now helps lead the communications team to deliver relevant, timely content to the industry.
Previous Expanding Ways to Pick Up, Return Online Orders
Next Finding New Products: A Buyer’s Perspective