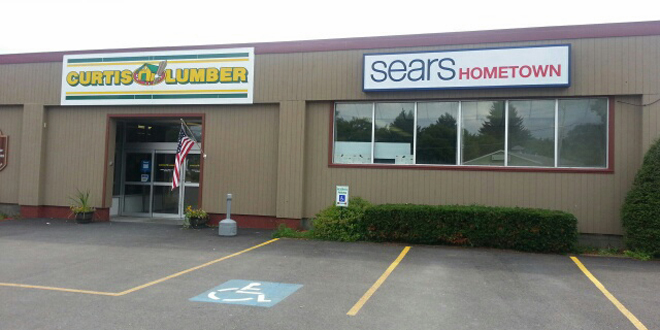 A Sears spinoff company is actively recruiting independent hardware stores and lumberyards to open Sears-branded space within their businesses for selling appliances and lawn and garden equipment. 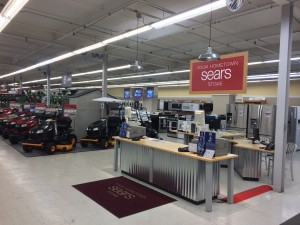 The company, Sears Hometown and Outlet Stores, requires that each independent business dedicate at least 2,000 square feet of prime salesfloor to a Sears department, and not sell any products that compete with the items sold in that area.

The arrangement allows independents to sell appliances and other products without investment in inventory, while giving the big-box retailer access to stores’ existing customer bases.

Sears Hometown, which separated from Sears Holdings in 2012, began experimenting with the store-within-a-store model in 2014, and now has 10 independent retailers trying the format. The independents are scattered throughout seven states.

“The whole concept has been really interesting for us,” says Jim Carpenter, director of marketing for Curtis Lumber, which is an independent chain with 21 stores in New York and Vermont. The company primarily sells lumber and building materials.

Curtis Lumber was sending its customers to competitors to buy appliances. But, by opening a Sears Hometown area inside the store, the business has added a full appliance department without having to choose the product assortment or investing in inventory.

“It’s allowed us to really create a total solution for the market that competes with the big box,” Carpenter says. “We really needed to round out our selection so we could compete.”

Retailers such as Curtis Lumber pay $20,000 to $40,000 for any in-store construction, a Sears point-of-sale system and fixtures. Sears supplies the entire inventory, which it sells on consignment. The store is required to dedicate a few employees, who Sears trains, to manage the department. Sears requires and provides an exterior Sears sign for each store, and pays for its own marketing and advertising.

Store-within-a-store sales are rung up through the Sears POS system so Sears Hometown receives constant updates on inventory counts. The independent retailer earns a commission off everything Sears Hometown sells through that department.

Sears also provides an in-store kiosk that enables each independent store to sell any products from Sears.com and earn a commission off the sales, even if the items are not stocked locally, according to Rohit Jacob, divisional vice president of store development and real estate for Sears Hometown. In addition, the independent stores are listed as product pickup points for online orders when customers shop from home.

The in-store Sears locations sell Craftsman tools and appliances from the Sears-only Kenmore brand and top-selling companies such as Whirlpool, General Electric, Bosch and Frigidaire.

The expansion of Sears Hometown comes as Sears Holdings closes department stores across the U.S. and sells assets in attempts to revitalize a company with steady sales decreases. Sears Hometown operates as a separate public company. 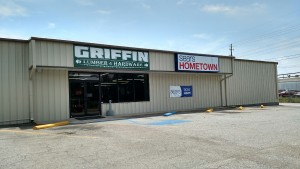 The store-within-a-store concept has allowed small businesses to stock a breadth of product in a category that many of them don’t already offer, without the risk of buying expensive items such as refrigerators and not knowing if they will sell, Jacob says.

The program also gives independent stores national branding, while supplying Sears with an existing customer base and community relationships in small towns and rural areas.

The independent businesses with local roots bring Sears products into smaller markets the company hasn’t penetrated, while allowing stores to use space and employees they already have to sell the new merchandise, Jacob says.

“For us, it’s giving us a lot more options. This is lower risk for us because they’re already successful businesses,” he says.

The Sears name has attracted new customers to Curtis Lumber, but has also caused some confusion, Carpenter says. Customers don’t understand why their Sears purchases can only be rung up at the Sears cash register, and pro customers can’t pay for Sears purchases using their existing Curtis Lumber credit accounts, Carpenter says. Those are issues, though, that he expects to see ironed out as Sears expands the program.

For more information about the Sears store-within-a-store model, click here.

Kate is profiles editor for Hardware Retailing magazine. She reports on news and industry events and writes about retailers' unique contributions to the independent home improvement sector. She graduated from Cedarville University in her home state of Ohio, where she earned a bachelor's degree in English and minored in creative writing. She loves being an aunt, teaching writing to kids, running, reading, farm living and, as Walt Whitman says, traveling the open road, “healthy, free, the world before me.”
Previous NRHA Is on the Road—and Globe Trotting
Next Merchandising With a Bit of Color