Home » Industry News » What Would You Do? North Carolina State Price Inspections 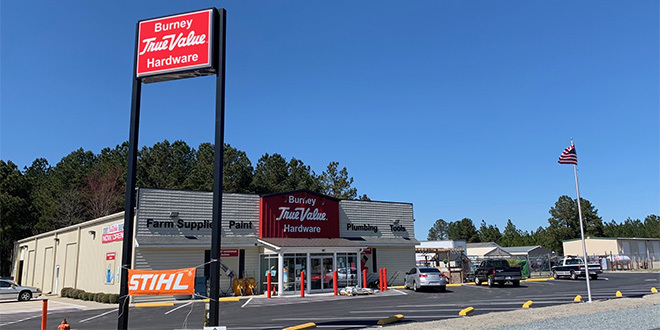 For Kristy Ransdell, owner of Burney True Value Hardware, with two locations in Aberdeen and Seven Lakes, North Carolina, one customer complaint and a visit from the North Carolina Division of Weights & Measures turned into a major headache for the operation dealing with state price inspections.

Ransdell says that in the state of North Carolina, the Division of Weights & Measures can conduct surprise visits to stores to check for price discrepancies. These visits can be done at random or be initiated because of a customer complaint. After one customer submitted a complaint to the department that a price sign did not match how the item rang up, a state official showed up unannounced at her Seven Lakes store, inspected the store and gave it a failing grade.

When conducting the inspections, the inspector chooses 50 items at random and checks the prices. To pass, 98% of those items must have a correct price. The Seven Lakes store scored a 90%, with six of the 50 items where the price tag did not match the price rung up at the cash register. Ransdell had 30 days to fix the price discrepancies; after that time, the official would return and check 300 items with the store still needing a 98% accuracy rate to pass. If the store did not pass, the state would impose a $5,000 fine, and the process would go on and the fine would get higher until the store reached a score of 98% or better.

Ransdell says her employees sprang into action, starting by making specially marked labels to operate in the zebra gun printers. These special labels were placed on the price tags and indicated that an item had been checked. The staff then turned off all the downloads of price changes, receiving reports and anything that caused prices to change.

“For two weeks, they had no incoming computer updates so they could spend that period repricing the entire store. We then had employees each check 300 items, trying to find mistakes or items that had been missed,” Ransdell says. “This process was a daunting task, especially with a store that is so packed with merchandise that sometimes one bin has multiple SKUs. Nevertheless, they got it as perfect as possible before the state inspector came back.”

When the inspector returned, he checked 300 items and found 16 that rang up incorrectly. Ransdell and her staff were allowed to check the 16 items one by one at their location, and 10 of those were found to be misplaced.

“These items were in the wrong bin or the wrong peg, a common thing that customers will do. After they have looked at something, they put it back in the wrong place,” Ransdell says. “The inspector did not consider those to be our errors. He took those 10 errors off the list, and we passed.”

Taking what she learned at the Seven Lakes store, Ransdell says the staff duplicated the efforts at the Aberdeen store. While both stores are as up to date as possible, the stores have turned back on the computer receipt of price changes and are handling the influx of changes they had during the two weeks the changes were turned off.

“This was a very costly event, as both stores had many employees tied up on dealing with these issues. We are better for having gone through this experience, but my big question is how can little mom and pop shops deal with this issue when all it takes is one customer complaint?” she says. “We print out price changes every week, and it takes all week to put them all up, especially in these volatile times. We also have an employee who scans eight feet each day and makes corrections to any wrong prices she finds.”

After hearing Ransdell’s story, what would you do in her situation? What types of inventory management processes do you have in place? How do you handle price changes and labeling? Share your thoughts on our social media channels: Facebook, Instagram and Twitter.

Lindsey joined the NHPA staff in 2021 as an associate editor for Hardware Retailing magazine. A native of Ohio, Lindsey earned a B.S. in journalism and minors in business and sociology from Ohio University. She loves spending time with her husband, two kids, two cats and one dog, as well as doing DIY projects around the house, going to concerts, boating and cheering on the Cleveland Indians.
Previous NHPA to Host Technology Conference in 2023
Next MARSHALLTOWN Acquires Wallboard Tool Co.