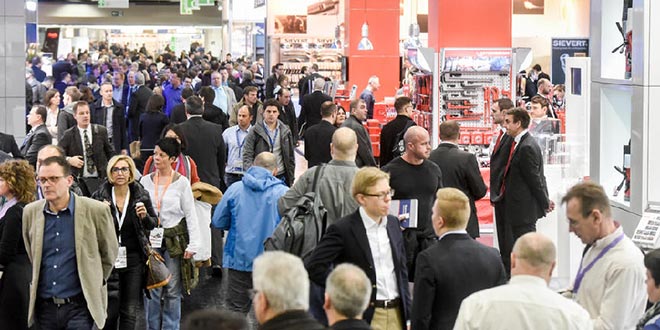 The International Hardware Fair kicked off March 6 in Cologne, Germany, and attendance was brisk during the first day as manufacturers and buyers from around the world gathered to see the latest in home improvement products and trends.

A strong contingent of representatives from North America were on hand, representing both the buying side and selling side of the channel. 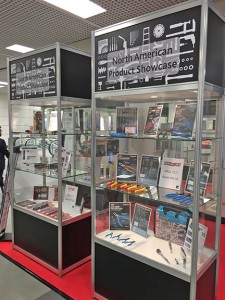 U.S. manufacturers, including Channellock and AjustLock, were on hand for the event, showcasing their merchandise to an international audience.

As is a tradition at the show, Canada Night kicked off the three-day event. Canadian-based Hardlines hosted, and Koelnmesse, which organizes the International Hardware Fair, sponsored the night.

The North American Retail Hardware Association (NRHA) also welcomed representatives from a number of other international hardware associations on the first night of the show.

“We view this show as a great way to connect with the international home improvement community and to learn from other companies around the world about how they are finding success in the market,” says Bill Lee, NRHA president and CEO. “Seeing what’s taking place in other parts of the world better equips us to bring new and innovative ideas to retailers in North America.”

Another U.S. organization on hand for the show was The Presidents Council for the home improvement industry, which was hosting a seminar series designed to help international manufacturers explore North American markets.

The International Hardware Fair takes place every other year in Cologne, Germany, and is among the largest home improvement industry trade shows in Europe. This year it is running March 6-8. For more information, visit www.eisenwarenmesse.com.

In his position as publisher of Hardware Retailing magazine, Dan has the opportunity to visit with independent retailers of all types and sizes and use these visits to shape the editorial direction of the magazine to meet the needs of the independent hardware retail market. Dan also oversees NRHA’s other publishing projects, which include a range of special interest publications, contract publishing titles, online content and more. Dan formerly worked as an editor and reporter for Hardware Retailing and has been involved in business journalism and news reporting for the past two decades
Previous Lumber Liquidators Leadership Changes With Lowe’s Exec
Next Bluetooth Padlock