Home » Promotions » A Sweet Sell For a Good Cause 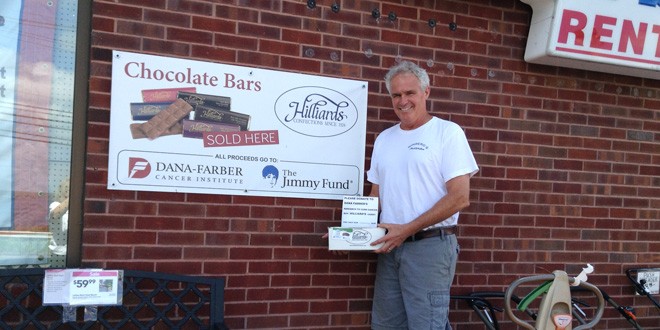 A Sweet Sell For a Good Cause 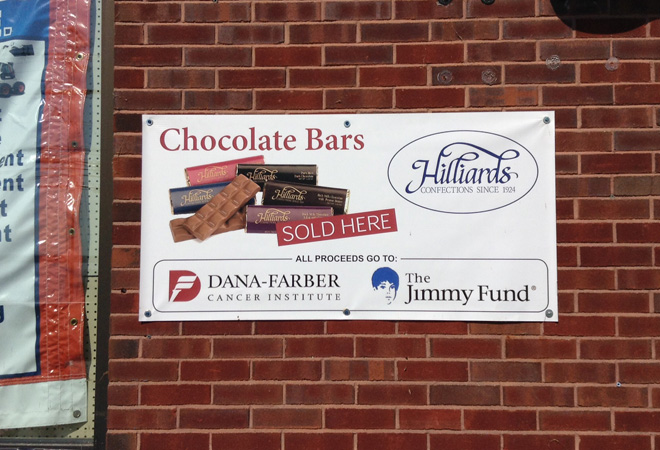 When a longtime customer approached Paul Winberg, owner of Winberg’s True Value in Lakeville, Massachusetts, about selling candy bars to raise money for cancer research, Winberg was quick to say yes to the opportunity.

“Unfortunately, I think everyone who walks in the door of my store has had some connection with someone who’s had cancer,” he says. “It was a way for us to help raise money for a good cause, and the candy bar sales have taken off.” 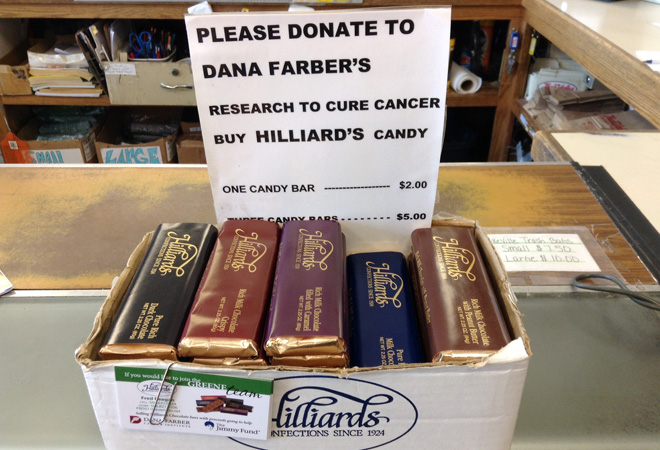 Winberg keeps a box of candy bars at each counter, and a nearby sign lets customers know that all proceeds from the sales go to a local cancer center. About six months ago, the customer who originally approached him about the idea also had a sign made that now hangs outside the store’s building, advertising that the candy bars are sold there and what the proceeds go to. “It has the cancer institute’s logo, as well as the candy bar company’s logo,” says Winberg.

Candy bars are sold individually or as a package of three for $5. “Some people don’t want a candy bar but want to donate, so we accept donations as well,” says Winberg. “It’s been very successful.”

The candy bars are from Hilliards House of Candy, a local business, and have been a popular seller in Winberg’s store. He’s sold more than 8,000 in just a few years.

“We don’t have a big candy selection here,” Winberg says. “We sell soft drinks, and a lot of times someone will grab a drink and then see the candy bars, too, and get one of those to go with it.”

Liz is the special projects editor for Hardware Retailing magazine. She reports on news and trends, visits retailers, and attends industry events. She graduated from Xavier University, where she earned a degree in English and Spanish and was a member of the swim team. Liz is a Louisville, Kentucky, native who lives in Indianapolis with her husband and two children. She enjoys swimming, reading, doing home improvement projects around her house and cheering on her two favorite basketball teams, the Kentucky Wildcats and the Xavier Musketeers.
Previous Natural Soap Scrubber
Next 10 Retailing Lessons from Starbucks