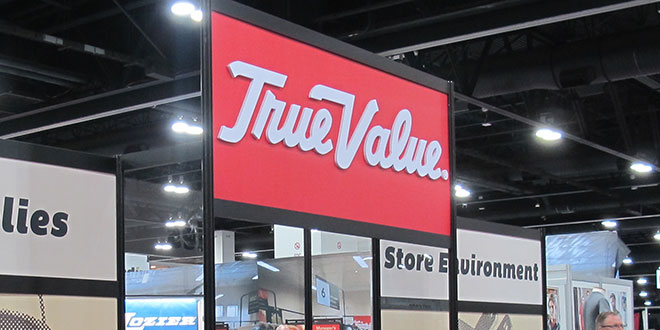 True Value Co. has released its final annual report as a cooperative, showing a slight revenue decline in 2017 from the year prior.

In April, the company announced the sale of 70 percent of its stock to private-equity firm ACON Investments and its plans to transition away from the co-op business model.

In 2017, True Value’s revenue was about $1.49 billion, down 1.7 percent compared to the prior year. The dip was “primarily due to product sales related to the net change in participating retailers,” the company reports.

After six years of consecutive sales growth, gross billings were about $2.06 billion, down 0.9 percent in 2017 from the year prior, according to the company.

“New ground-up store activity was consistent in both count and dollar volume to last year,” True Value says in the financial report. “However, due to competitors capitalizing on sale rumors, the company experienced a lower level of conversions from other buying groups to True Value in the second half of 2017.”

In addition, comparable store sales were down “as weather related categories were lower by 1.6 percent compared to the prior year,” the company reports.

The company signed 59 new core hardware stores in 2017 and 52 international and specialty stores. The company also had 27 retailers convert to True Value from other buying groups.

Renee Changnon is the retail outreach coordinator for NRHA. She meets with retailers in their stores and at industry events and introduces them to the services NRHA provides. Renee previously worked as a member of the NRHA communications team. She earned a degree in visual journalism from Illinois State University, where she served as the features editor for the school newspaper. After college, she implemented marketing and promotions initiatives at Jimmy John’s franchise locations across the country. She enjoys exploring books with her book club, Netflix marathons and hosting goat yoga at her apartment complex. Renee Changnon 317-275-9442 rchangnon@nrha.org
Previous USB-Charged Lighter
Next National Hardware Show® Announces 2018 Reimagine Retail Finalists