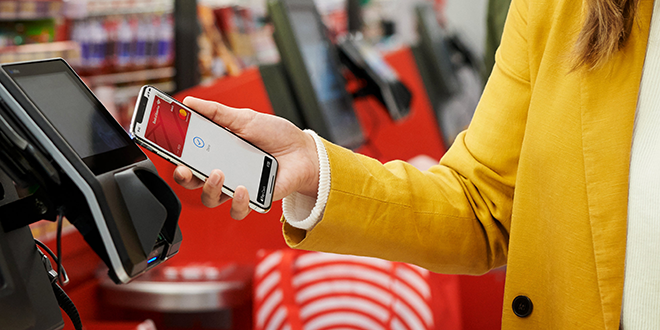 Target and many other national retailers from an array of industries are now accepting Apple Pay at their locations, Apple announced in a press release.

Apple Pay is an electronic method of payment that enables users to store credit card information in their Apple devices. By scanning those devices against a specialized POS system, customers can pay for goods without directly using their credit cards.

Jennifer Bailey, Apple’s vice president of internet services, says Apple’s method of payment is “secure and faster than using a credit or debit card at the register.”

Apple Pay will be available at all of Target’s 1,850 locations in the U.S. in the coming weeks.

In 2018, Costco rolled out Apple Pay to more than 500 locations and CVS introduced the payment method in “nearly all” of its 8,400 locations last year. 7-Eleven also launched Apple Pay in more than 95 percent of its locations, according to the press release.

Apple Pay was officially announced in September 2014. In November 2014, Sunshine Ace Hardware, which has multiple locations across Florida, became one of the first independent home improvement businesses to accept the method of payment.

Todd is an assistant editor for Hardware Retailing magazine. He graduated from Indiana University where he majored in journalism and French. Throughout his career, he has aimed to highlight small businesses and their community value. He joined NRHA in 2017 and now serves on the news and marketing teams. In his free time, he likes to run, spend time with family and travel the country.
Previous Inspiring Words From Past Young Retailer of the Year Honorees
Next Heavy-Duty Coupler