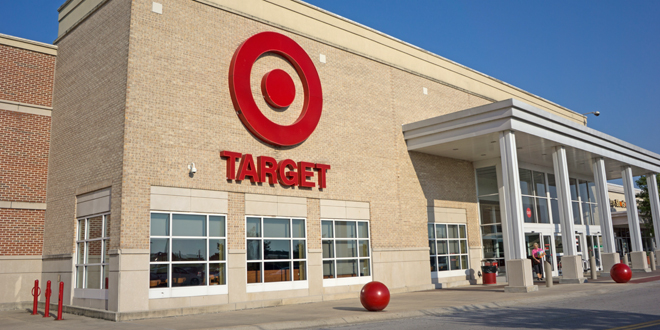 In its first-quarter 2020 financial results, big-box retailer Target reports total revenue of $19.6 billion, an 11.3 percent rise from the same period in 2019.

While its stores remained open amid COVID-19 in the U.S., Target also experienced significant digital sales growth in the quarter. Digital sales grew 141 percent throughout the quarter, contributing to 9.9 percentage points of the company’s 10.8 percent comparable sales growth.

The company also notes 95 percent of online orders were ready to be picked up or shipped on time. Notably, on the average day in April, Target fulfilled more orders than on Cyber Monday in 2019.

Each month of the quarter, Target saw digital sales grow, from 33 percent in February to 100 percent in March and a 282 percent spike in April.

The e-commerce surge did come at a price, CNBC reports.

Customers made fewer trip to Target stores but increased their average transaction size by more than 12 percent, according to the company. Many customers stocked up on low-margin items like food and other essentials, cutting into Target’s profits.

Target spent about $500 million amid COVID-19 to increase wages for store associates, fund extra cleaning procedures and other expenses. Net income for the company fell to $284 million, down roughly 65 percent from the same period in 2019.

“Right now, we know that consumers are living differently,” says Brian Cornell, chairman and CEO of Target. “They’re shopping differently. They’re adapting to the new environment, so it’s really a time of uncertainty and it’s why we’re making sure we’re as flexible as possible.”

Target is based in Minneapolis and operates nearly 1,900 stores across the U.S.

Todd is trends editor for Hardware Retailing magazine. He graduated from Indiana University where he majored in journalism and French. Throughout his career, he has aimed to highlight small businesses and their community value. He joined NRHA in 2017.
Previous Pier 1 to End Operations After 58 Years
Next Ace Hardware Sees Q1 Sales and Profit Growth