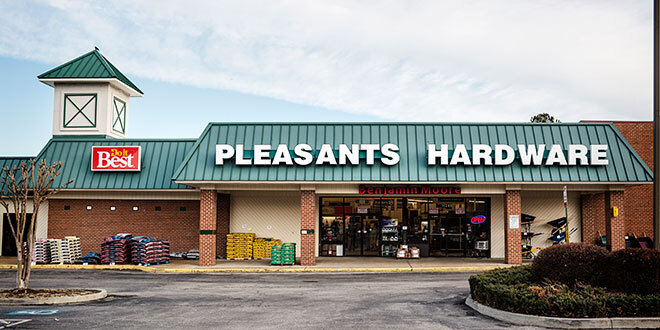 Taylor’s Do it Center and Pleasants Hardware is expanding its footprint, opening its 20th and 21st locations in Virginia this fall.

“Thanks to the strong support of our loyal customers in both Hampton Roads and Richmond, we’re excited to announce the opening of these two new locations,” Taylor says. “Building on our long history, we are excited to celebrate these two openings with our customers and neighbors and look forward to connecting with the local New Kent and Gloucester Point communities.”

Taylor’s Do it Center purchased the Pleasants Hardware company, including its seven Richmond area stores, in 2016.

Lindsey joined the NHPA staff in 2021 as an associate editor for Hardware Retailing magazine. A native of Ohio, Lindsey earned a B.S. in journalism and minors in business and sociology from Ohio University. She loves spending time with her husband, two kids, two cats and one dog, as well as doing DIY projects around the house, going to concerts, boating and cheering on the Cleveland Indians.
Previous Lowe’s Names New Chairman of Board of Directors
Next Home Builders Report Sharp Increase in Building Material Prices